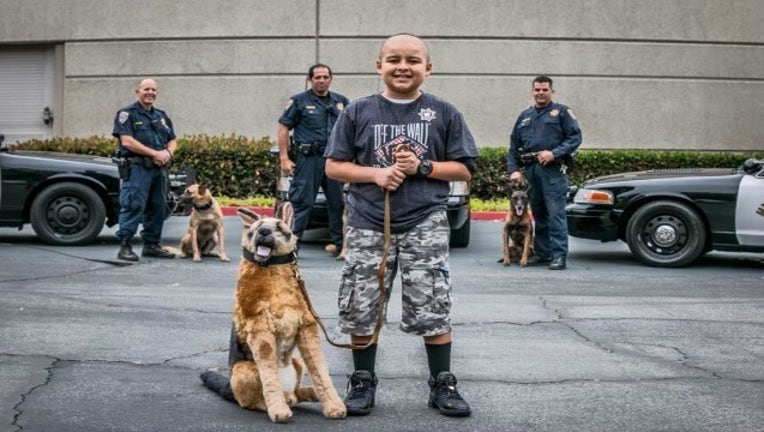 A young boy battling cancer was made an honorary police K-9 handler by the California Highway Patrol.

13-year-old Alfonso Hoffman, who has leukemia, wants to be a K-9 officer when he grows up.

When officers with the Southern Division CHP learned of Alonso's wish, they decided to speed up the process.

Touching photos show Alonso holding the leash of his K-9 unit - a life-sized stuffed German Shepherd - alongside his fellow officers and their real-life K-9s.

Alonso even got a plaque acknowledging his position as an "Honorary Police K-9 Handler."