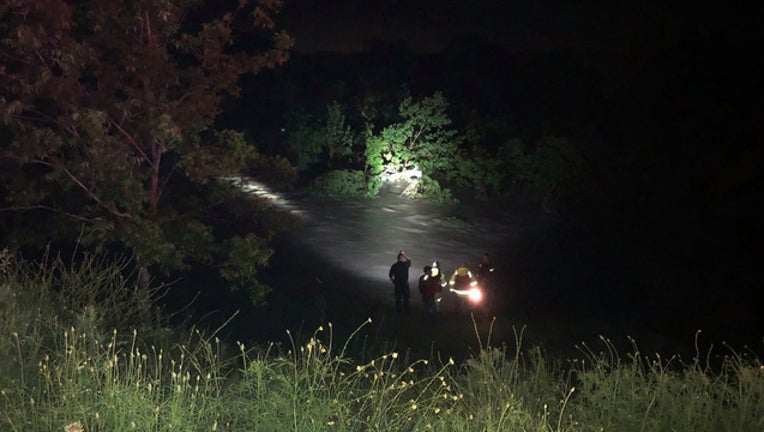 Emergency personnel conduct search and rescue efforts after a vehicle was swept away amid heavy rains. (Photo: Blanco County OEM)

JOHNSON CITY, Texas (AP) - Authorities say they've recovered the body of a 74-year-old woman who was in a vehicle that was swept into a Central Texas river by floodwaters amid heavy rains.

The Blanco County Office of Emergency Management says the woman's body was found late Friday night downstream in the Blanco River from where the vehicle was found. Earlier, emergency crews were able to rescue another woman who had been in the vehicle from the river. She was treated and released.

Authorities say bystanders said that just after 8 p.m. Friday, the vehicle was swept away after entering swift-moving water over a roadway.

The identities of the women have not yet been released. The body of the woman who died has been taken for an autopsy.