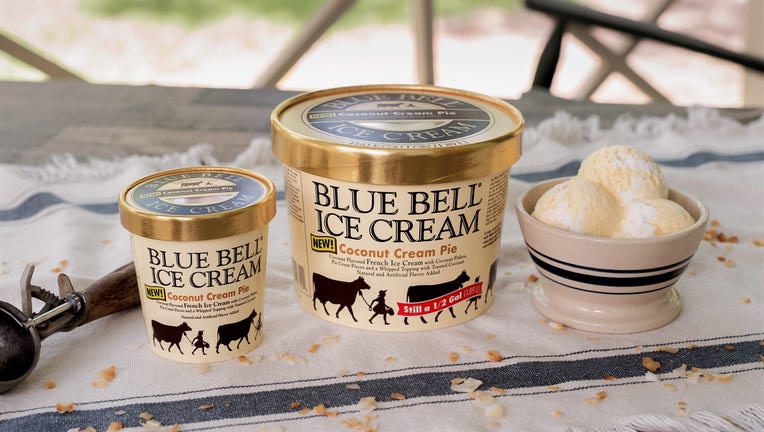 The new addition was announced on July 8, and it comes in half-gallon and pint sizes, just in time for the hot summer weather.

The flavor is a combination of coconut French ice cream with flakes of coconut, pie crust pieces, and a whipped topping swirl loaded with toasted coconut.

"Coconut Cream Pie Ice Cream is the perfect summertime dessert," said Carl Breed, general sales manager at Blue Bell. "You will find toasted coconut and swirls of whipped topping in every bite. The pie crust pieces tie it all together to capture the taste and texture of a real coconut cream pie."

"We love National Ice Cream Month," he added. "It's an entire month dedicated to celebrating our favorite food, ice cream!"

The company celebrates the month of July every year with a release of a new flavor, or with returning Blue Bell favorites.