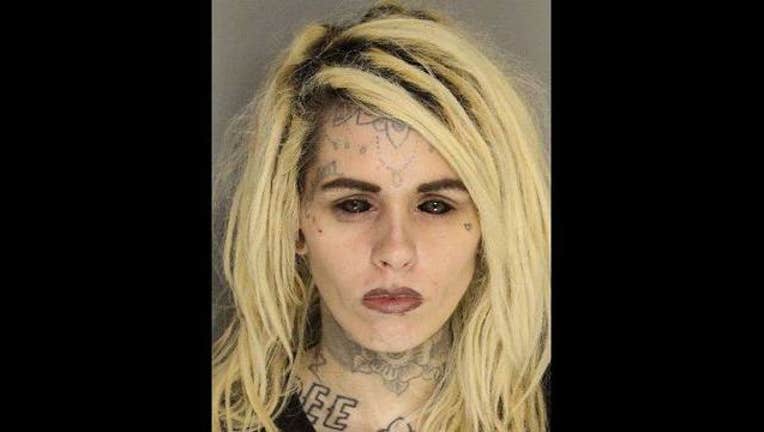 (FOX 11) - The booking photo of this blonde-haired, black-eyed South Carolina suspect has gained national attention, particularly on social media due to the creepy nature of the photo.

Morgan Joyce Varn, 24, was taken into custody after she and an armed man allegedly robbed a 25-year-old of cash and his cellphone on Monday night, according to a Facebook post on the Lancaster County Sheriff’s Office’s page from Friday.

A number of people commented under the Sheriff’s Office Facebook post noted the color of the woman’s eyeballs, with some describing it as 'creepy.'