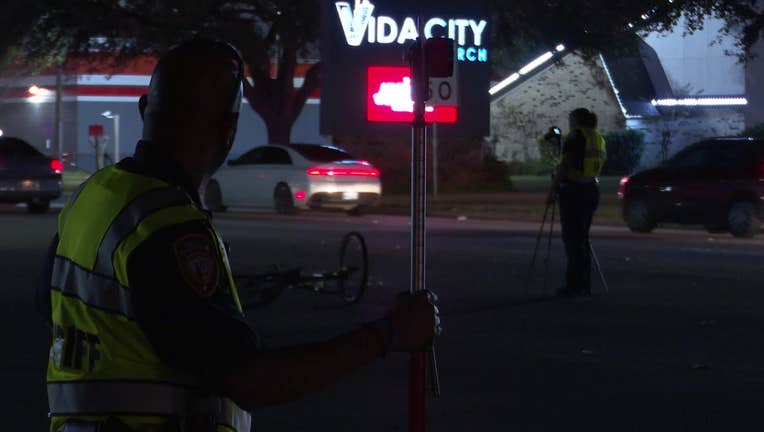 The Harris County Sheriff's Office investigates a deadly crash involving a vehicle and a bicycle.

Authorities say a bicyclist died after he was struck by a vehicle while crossing the roadway in north Harris County.

Deputies responded to the 1300 block of W Mt Houston around 8:30 p.m. Wednesday.

The sheriff’s office says a driver was traveling westbound on W. Mount Houston when the vehicle struck the bicyclist that was crossing the roadway.

The bicyclist was taken to the hospital, where he passed away.

Authorities say the driver remained at the scene and does not appear impaired.