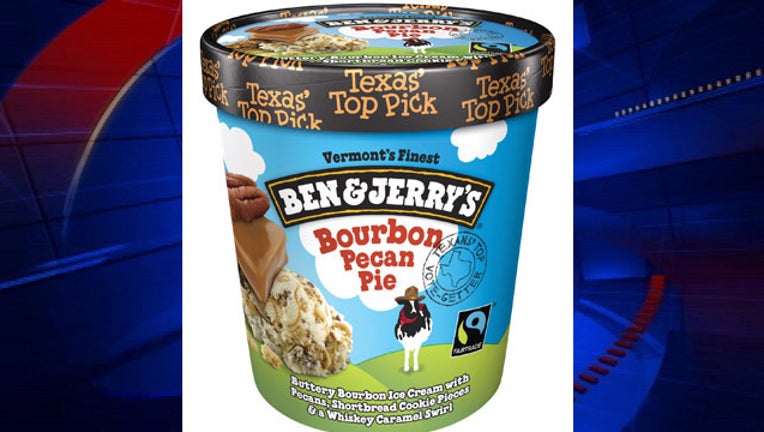 The flavor is described as “a buttery Bourbon ice cream with pecans, shortbread cookie pieces and a whiskey caramel swirl.”

Bourbon Pecan Pie got 79 percent of votes when Ben & Jerry’s asked fans to vote on their favorite flavor.

The choices were between Bourbon Pecan Pie and Bar-B-Que Peach, which came with an ancho chili caramel swirl.