HOUSTON, Texas - Two teachers from the Houston have been arrested. One for assault, the other for inappropriate relations with a student.

Errick Waters, a teacher at Edison Middle School faces felony charges after he choked and slammed a 13 year old student to the ground for not obeying a command to return to his seat. The eighth grader, who does not speak English, did not understand what Waters was saying to him.

Court documents state that Waters told the student, "You're lucky I didn't rip up your face!"

After the assault, the student was told to clean up the mess. Once he was done cleaning, Waters then stomped on the boy's foot, and told him, "This is your fault."

The principal was notified and sent Waters away for the rest of the school day.

HISD issued a statement saying they take "situations like this very seriously, as the safety of students is always the district's top priority."

Lillian Cameron, who was a chemistry teacher at Ridge Point High School, was arrested earlier today. The 27-year-old faces a felony charge of having an inappropriate relationship with a student. The school became aware of the incident in March, and Cameron was placed on leave pending the investigation.

However, Cameron resigned from her position.

Fort Bend ISD sent out a letter this afternoon saying,

“We take this investigation very seriously and are committed to ensuring the safety of every student in our District.”

There is a second allegation that has been brought against the teacher, which is currently being investigated.

Cameron has not yet been charged on that second incident. 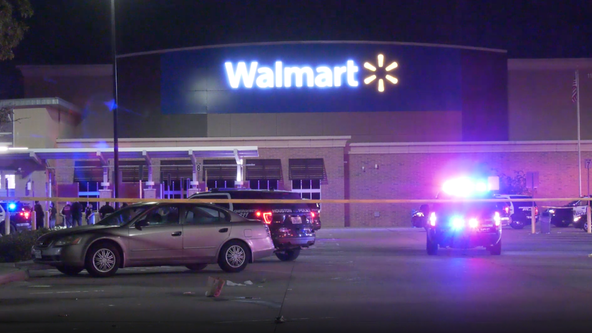