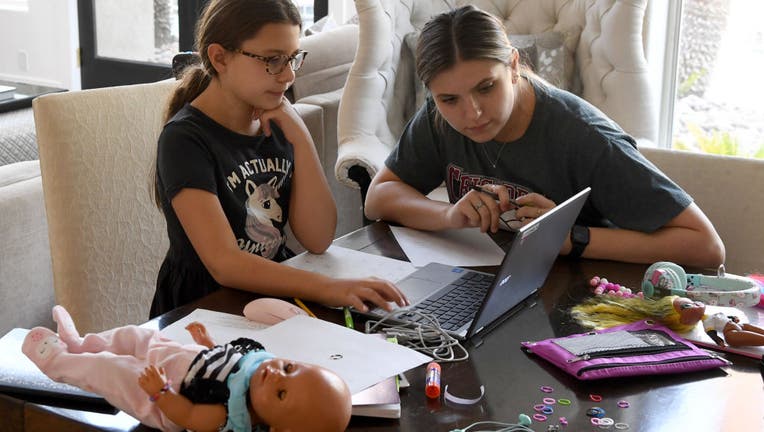 AT&T, one of the country's main Internet providers, is waiving its home Internet data overage charges through Dec. 31 as many families are both working from home and participating in remote learning at unprecedented rates.

The waiver was originally set to expire on Oct. 1, but AT&T extended it through the end of 2020 after pressure from groups like the nonprofit ParentsTogether.

"Millions of American families are struggling right now," ParentsTogether co-director Justin Ruben said in a statement on Saturday. "Parents are grateful for AT&T’s decision to extend data overage waivers for their customers, which means that some kids won’t have to sit in a parking lot using the wifi off of the local Taco Bell just to go to remote school."

"At the end of the year, if children are still doing remote school and many people are still working from home, it will be critical that AT&T continue to waive data overages and expand access," Ruben continued.

ParentsTogether's online petition asking AT&T to extend the waiver, including for those taking part in the company's program for low-income families, AT&T Access, garnered more than 25,000 signatures, the group said.

AT&T rival Comcast also has a program for low-income families called Internet Essentials that costs $9.95 per month plus tax. Families can qualify for either program if they are eligible for programs including the National School Lunch Program and SNAP.

Meanwhile, T-Mobile announced earlier in September it would give free internet access to millions of students as part of its $10.7 billion Project10 commitment, aimed at helping underserved children and their families during the COVID-19 pandemic.