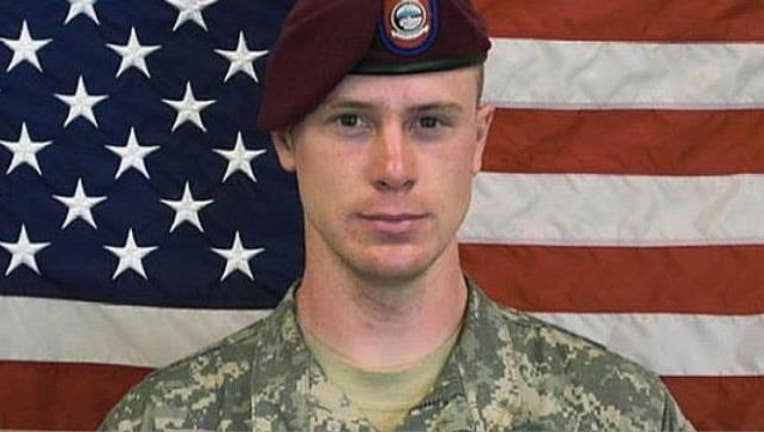 HOUSTON (AP) — An Army officer is recommending that Sgt. Bowe Bergdahl face a lower-level court martial and be spared the possibility of jail time for leaving his post in Afghanistan.

Defense attorneys say Lt. Col. Mark Visger has decided Bergdahl's case should go to a military system similar to civilian courts that handle misdemeanor charges. It limits punishment to reduction of rank, a bad conduct discharge and a short jail term, though that isn't being sought.

Military prosecutors charged Bergdahl with desertion and misbehavior before the enemy, a charge that could carry a maximum penalty of life imprisonment.

Bergdahl was captured by the Taliban after leaving his post in 2009 and held until last year, when he was exchanged for five Taliban commanders. Officers say a 45-day search put soldiers in danger.

Sgt. Bowe Bergdahl was handed over to U.S. special forces in May 2014 after nearly five years in captivity in Afghanistan. Here is a look at some of the key events from his capture until Saturday, when an Army officer recommended Bergdahl face a lower-level court-martial:

June 30, 2009 — Bergdahl, who is serving with an Alaska-based infantry regiment, vanishes from a base in Afghanistan's Paktika province near the border of Pakistan.

July 2, 2009 — Two U.S. officials tell The Associated Press on condition of anonymity that Bergdahl had "just walked off" his base with three Afghans after his shift.

July 18, 2009 — Taliban posts video online showing Bergdahl saying he was "scared I won't be able to go home." Bergdahl also says he was lagging behind a patrol when he was captured.

June 16, 2011 — The Army announces that Bergdahl has been prompted from specialist to sergeant.

Aug. 29, 2011 — US officials tell the AP that direct U.S. talks with the Taliban had evolved to a substantive negotiation before they were scuttled by Afghan officials who feared the talks would undercut President Hamid Karzai.

May 9, 2012 — Bergdahl's parents say they are hopeful that negotiations or a prisoner swap could bring their son home. Bob Bergdahl tells hometown newspaper that he's concerned the U.S. government hasn't done enough to secure his son's release. The AP agreed in 2010 — at the request of the Pentagon and the White House — not to report on the proposed prisoner swap and ongoing negotiations, on the grounds that public discussion would endanger Bergdahl's life. When Bergdahl's parents began to discuss the deal publicly, the AP and other news organizations reported the proposed swap — a plan that would allow the transfer of five Taliban prisoners held at the U.S. military prison at Guantanamo Bay, Cuba.

Weekend of May 27, 2012 — President Barack Obama calls Bergdahl's parents to assure them that he and the U.S. Department of Defense were doing everything in their power to free Bergdahl.

June 29, 2012 — Bergdahl's family and hometown marks the third anniversary of his capture. Parents release a statement saying they hope he's released this year and can return home.

June 20, 2013 — The Taliban proposes a deal in which they would free Bergdahl in exchange for five of their most senior operatives at Guantanamo Bay.

July 9, 2013 — The Taliban close the office in Qatar that was serving as the site for negotiations with the U.S.

Jan. 15, 2014 — U.S. officials say they received a new video of Bergdahl that they believe was taken in the last month, showing Bergdahl is alive.

Feb. 18, 2014 — Bergdahl's family says they are cautiously optimistic about reported renewed efforts by the Obama's administration to win his freedom.

May 31, 2014 — Obama administration officials announce that Bergdahl was handed over to U.S. special forces by the Taliban in exchange for the release of five Guantanamo detainees. Bergdahl's parents say they're "joyful and relieved." But debate quickly erupts over whether Bergdahl is a hero or a deserter.

June 2, 2014 — Afghanistan's Foreign Ministry criticizes the U.S. for swapping Taliban prisoners at Guantanamo Bay to secure Bergdahl's release. American officials tell The Associated Press that the Pentagon concluded in 2012 that Bergdahl walked away from his unit, something members of his unit had said put soldiers in danger.

June 16, 2014 — The Army says it is investigating the facts and circumstances around Bergdahl's disappearance.

Aug. 6, 2014 — The Army begins questioning Bergdahl, who by now has returned to regular duty, about his disappearance.

Aug. 21, 2014 — The nonpartisan Government Accountability Office says the Pentagon broke the law when it swapped Bergdahl for five Taliban leaders because it didn't notify relevant congressional committees at least 30 days in advance and used money from a wartime account to make the transfer.

March 25, 2015 — Bergdahl is charged with desertion and misbehavior before the enemy.

March 26, 2015 — Bergdahl's lawyer releases a note in which Bergdahl says he was repeatedly tortured by the Taliban.

Sept. 17, 2015 — An Article 32 hearing begins to determine whether Bergdahl should face a military trial for leaving his post.

Sept. 18, 2015 — The hearing ends, and the presiding officer will forward his recommendations to the leader of the U.S. Army Forces Command, who will decide whether it should be referred to a court-martial or be resolved in another manner.