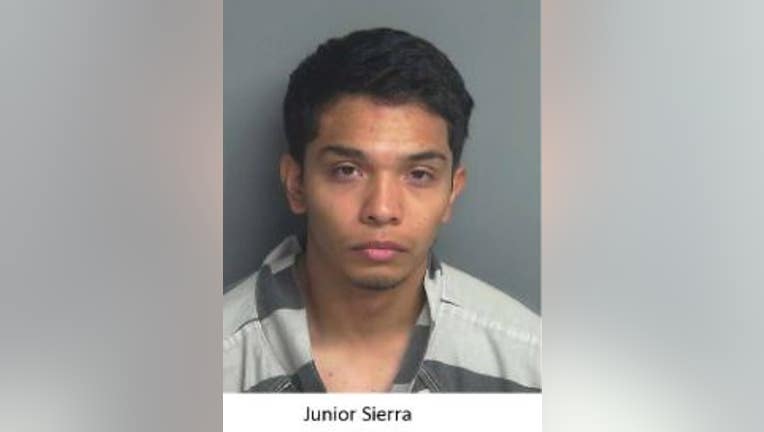 MONTGOMERY COUNTY, Texas - A man is behind bars after Montgomery County authorities say he broke into an apartment and residents found him naked in their underage daughter's bedroom.

Sheriff's deputies say they were called for a home invasion at an apartment in the 10800 block of W. Montfair Blvd. in The Woodlands on August 9. That's where officials say Junior Sierra, 25, was found by the residents, who detained him while waiting for officers after seeing him naked in their daughter's bedroom, with her clothes off as well.

The 25-year-old was booked in Montgomery County jail on a First Degree felony charge for "Burglary of a Habitation, with intent to commit sex offense"

According to a press release, Sierra is an apartment employee, who also lived at the complex and may have targeted other victims.

For that reason, authorities are asking residents who may have had interactions with him to call the Montgomery County Sheriff’s Office at 936-760-5876.