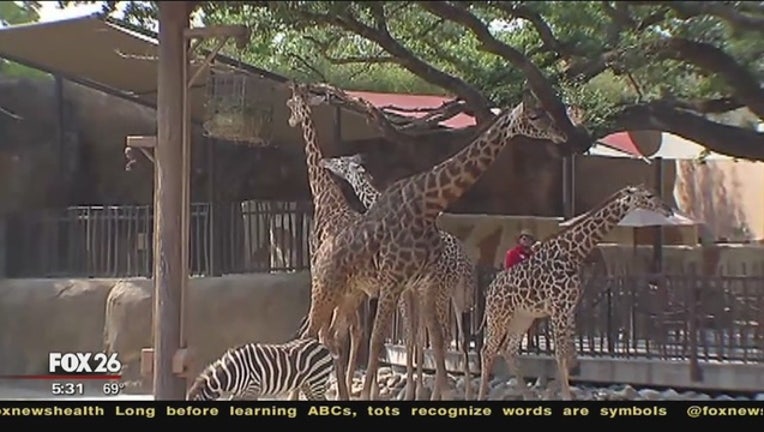 BUENOS AIRES, Argentina (AP) - Animals by the hundreds are being set free as Buenos Aires closes its 140-year-old Palermo zoo.

Among the first to leave will be birds of prey like owls and chimangos, destined for a reserve along the shores of the Rio de la Plata south of the capital. They will be placed there in larger confines that will give them room to stretch and strengthen their winds before they're ready for the wild.

Others among the 1,500 animals at the zoo are destined for reserves in Argentina and abroad as their old home is transformed into a park.

Some animals will have to stay due to age or illness, including a lion cub with hypothyroidism, an elderly anteater and a snow leopard.

Javier Goldschtein of Forest Bank Foundation, a member of the commission overseeing the transformation of the zoo, said Sandra the orangutan will also have to stay, but in a larger, better enclosure than the one she now endures.

Pupi and Kuki the elephants are apparently headed for greater freedom. Goldschtein said experts are still determining if they can move a third elephant, Maria, who was rescued from a circus where she was mistreated.

Among other animals still housed in the cages at the otherwise abandoned zoo are llamas, hippopotamuses, lions, mandrills, a zebra, lions, and a forlorn baby monkey that holds the wire mesh with both hands. A duck waddles along an empty path and ticket booths are closed, with no one waiting in line.

The zoo was a favorite haunt of novelist Jorge Luis Borges as a boy. It was inaugurated in 1875 on what was then the outskirts of Buenos Aires but is now encircled by noisy neighborhoods, with bleating buses passing a few yards from the giraffe cage. Many of the enclosures are considered inhumane by modern standards.