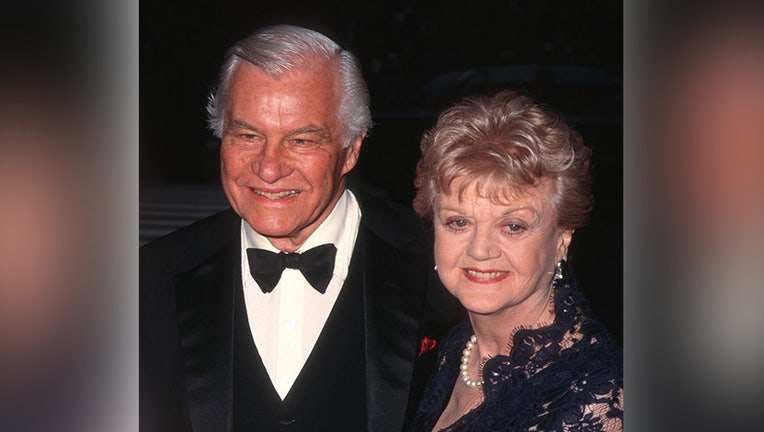 The death of acclaimed actress Angela Lansbury saddened the entertainment world and has led to tributes from many reflecting on her legacy. Lansbury died Tuesday at her home in Los Angeles, according to a statement from her three children. She died five days shy of her 97th birthday.

Her husband, Peter Shaw, passed away in 2003. They were famously married for over five decades, but it wasn’t the star’s first marriage.

In 1945, she eloped with the matinee idol Richard Cromwell, who was 16 years her senior but the relationship failed after less than a year when he revealed he was gay, the BBC reported.

In 1949, Lansbury married Peter Shaw, a Briton who had been under an acting contract with MGM, then became a studio executive and agent. He assumed the role of Lansbury’s manager. They had two children, Anthony and Deidre; he had a son from a previous marriage.

Shaw began his career as an actor where he was known for the films "The Exile" (1947) and "Sons of the Sea" (1939). He was cast in several English films acting as a romantic lead. Shaw was discovered by MGM and the studio moved him from England to California, where he was cast in a few 1940s films, according to the Internet Movie Database (IMDb).

His acting career never took off the way Lansbury’s did and MGM moved him into the role of an agent where he represented actors in studio casting negotiations. Some of the actors he represented included Robert Mitchum, Katharine Hepburn, and Anna Magnani, according to Hollwoodlife.com. 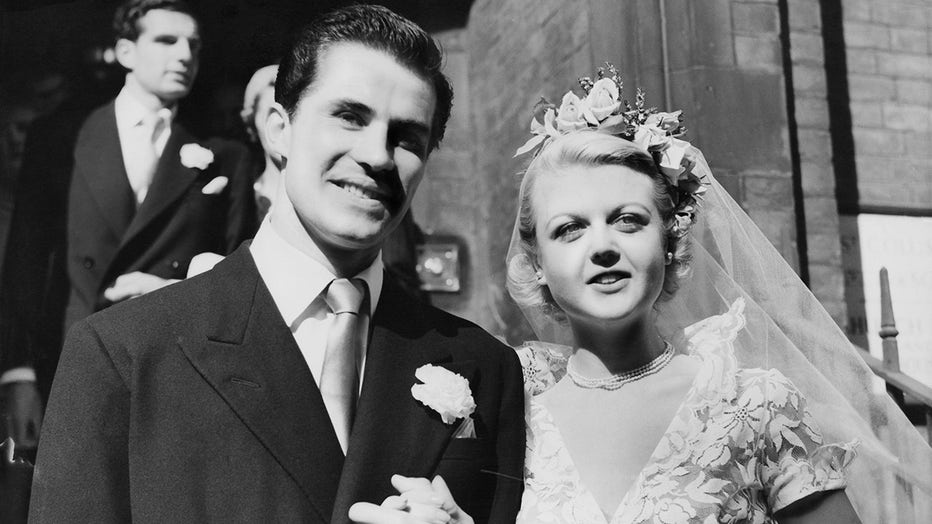 Part of his responsibilities as an agent involved accompanying actresses to studio events and movie premieres. One of the actresses he escorted turned out to be Lansbury. The two went on to become romantically involved, and they later married in London, the IMDb shared.

The couple later went on to work together on the popular CBS show "Murder, She Wrote," that Lansbury starred, and Shaw worked as one of the producers. They also collaborated on other projects involving Lansbury, according to IMDb.

Lansbury reflected on her marriage to Shaw in an interview with the Daily Mail in 2014 where she said the pair had a "perfect relationship" and that Shaw was "everything to her." The actress explained to the media outlet just how strong her bond was with Shaw saying they made decisions together and supported each other. 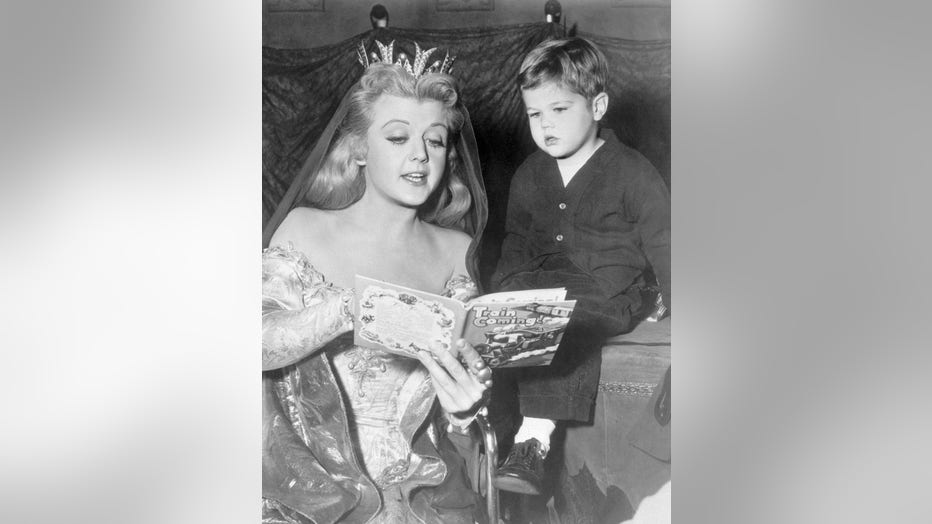 Looking like something out of a fairy tale, film star Angela Lansbury amuses a tiny visitor, her son, Michael, by reading a modern fairy tale during a break in Hollywood film work, 1955. Angela's dressed for her part in "The Court Jester", comedy set

In addition to her three children, Anthony, Deirdre, and David, the actress is survived by three grandchildren, Peter, Katherine, and Ian, plus five great-grandchildren and her brother, producer Edgar Lansbury.

Lansbury won five Tony Awards for her Broadway performances and a lifetime achievement award. She earned Academy Award nominations as supporting actress for two of her first three films, "Gaslight" (1945) and "The Picture of Dorian Gray" (1946), and was nominated again in 1962 for "The Manchurian Candidate" and her deadly portrayal of a Communist agent and the title character’s mother.

But Lansbury’s widest fame began in 1984 when she launched "Murder, She Wrote" on CBS. Based loosely on Agatha Christie’s Miss Marple stories, the series centered on Jessica Fletcher, a middle-aged widow and former substitute school teacher living in the seaside village of Cabot Cove, Maine. She had achieved notice as a mystery novelist and amateur sleuth.

The Associated Press contributed to this story. This story was reported from Washington, D.C.