Trial underway in the death of 11-year-old Josue Flores

FOX 26 Reporter Damali Keith has the latest as the trial in the death of 11-year-old Josue Flores got underway on Monday.

HOUSTON - Testimony began Monday in the murder trial for Andre Jackson, the man accused of brutally stabbing Josue Flores to death as the middle schooler walked home from school back in 2016.

Prosecutors say the man who’s on trial is the vicious killer who, out of the blue and unprovoked, attacked the 11-year-old. While defense attorneys say they have the wrong guy.

In opening statements, prosecuting attorneys told jurors that Andre Jackson violently stabbed Josue to death in May 2016, and they say they have the evidence to prove it.

CLICK HERE FOR MORE ON THE JOSUE FLORES CASE

In fact, the Harris County District Attorney’s office says Josue’s blood was found on Jackson's jacket, which police recovered from a room at the Salvation Army where Jackson was staying at the time. 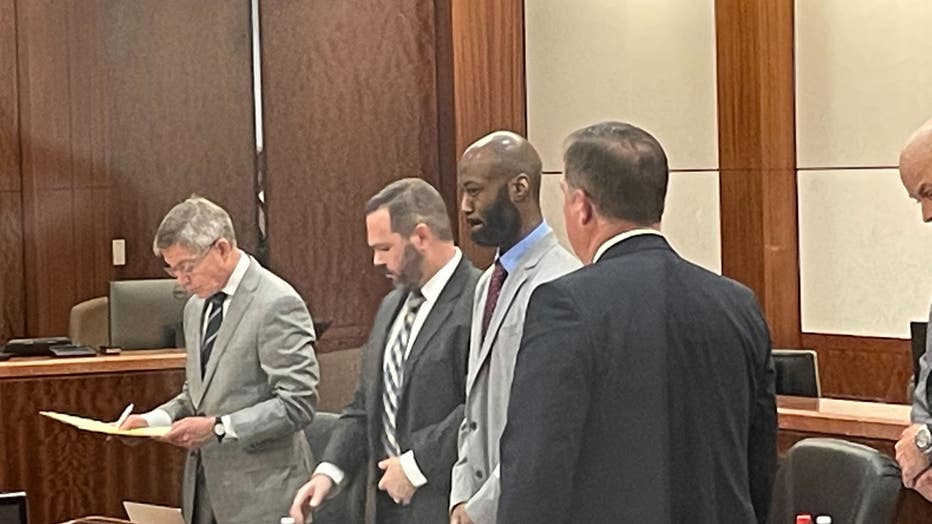 Andre Jackson, accused in the gruesome stabbing death of 11-year-old Josue Flores, appeared in court for the first day of his murder trial on Monday, April 25, 2022.

Outrage spread throughout Houston after the 11-year-old boy was attacked and killed while simply walking in his own neighborhood headed home after school.

You may remember Jackson was arrested three weeks after little Josue was stabbed to death. He was released when DNA evidence on the jacket was found to be inconclusive.

Then, he was arrested again in 2019 after prosecutors say a more sensitive DNA test matched the 11-year-old.

Josue Flores was stabbed more than 20 times. His blood stained and slashed backpack was shown to jurors as an assistant medical examiner talked about just how brutal his murder was.

Defense attorneys call the DNA evidence questionable and say Jackson is not guilty.

The trial is expected to last a couple of weeks.

Check back in with FOX 26 Houston as we bring you the latest updates on the trial. Download the FOX 26 News App for breaking alerts.