The history of Decoration Day

Before it was Memorial Day, this holiday commemorated military members who had given their lives.

HUDSON, Ohio - Jim Garrison stepped down as head of Hudson, Ohio’s American Legion chapter Friday, days after organizers muted a veteran’s microphone during his Memorial Day speech crediting Black people with one of the earliest commemorations of the holiday.

In his keynote address, Retired Army Lt. Col. Barnard Kemter used a two-minute portion of his speech to talk about the freed slaves of Charleston, South Carolina who dug up more than 200 Union soldiers to give them a proper burial.

RELATED: Memorial Day 2021: The origin of America’s commemoration of its fallen troops

During that portion, event organizers turned the volume of his microphone down so nobody could hear it. (See the 47-minute mark of the video below.)

Cindy Suchan, president of the Hudson American Legion Auxiliary and chair of the Memorial Day parade committee told the Akron Beacon Journal organizers wanted that part excluded because the "theme of the day was honoring Hudson veterans" and that it wasn’t relevant to the program.

Suchan said either she or Garrison turned down the microphone, but she didn’t specify which one. 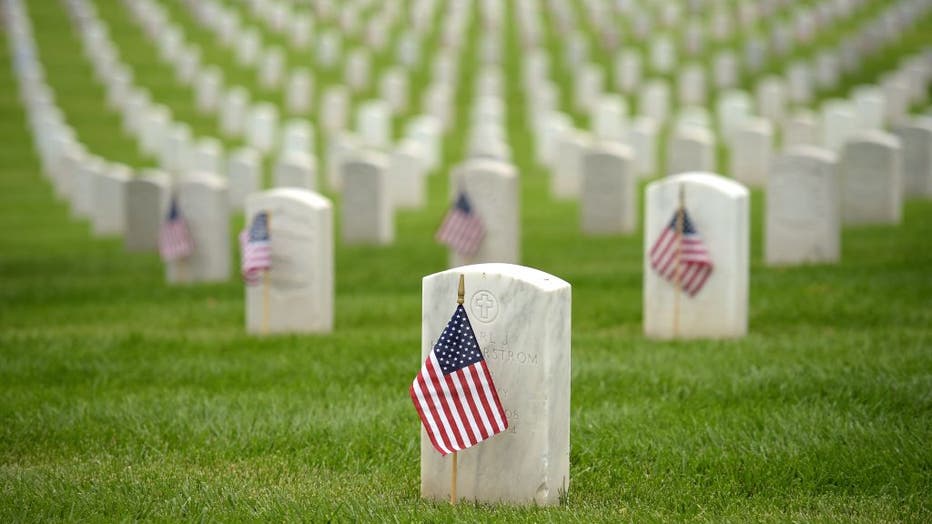 American flags are pictured in front of graves ahead of Memorial Day in the Los Angeles National Cemetery in Los Angeles, California on May 29, 2021. (Photo by AGUSTIN PAULLIER/AFP via Getty Images)

The American Legion Department of Ohio launched an investigation into the event. According to the Associated Press, they suspended Hudson’s charter, took steps to close it and demanded Garrison step down.

"The American Legion Department of Ohio does not hold space for members, veterans, or families of veterans who believe that censoring black history is acceptable behavior," said Roger Friend, department commander for the Ohio American Legion.

"The Ohio American Legion assures us that they are fully investigating this incident. Regardless of the investigation’s outcome, the national headquarters is very clear that The American Legion deplores racism and reveres the Constitution," National Commander James W. Oxford said.

Oxford offered praise to Kemter, who continued to deliver his speech without the aid of a microphone.

"We salute LTC Kemter’s service and his moving remarks about the history of Memorial Day and the important role played by Black Americans in honoring our fallen heroes," Oxford said. "We regret any actions taken that detracts from this important message."