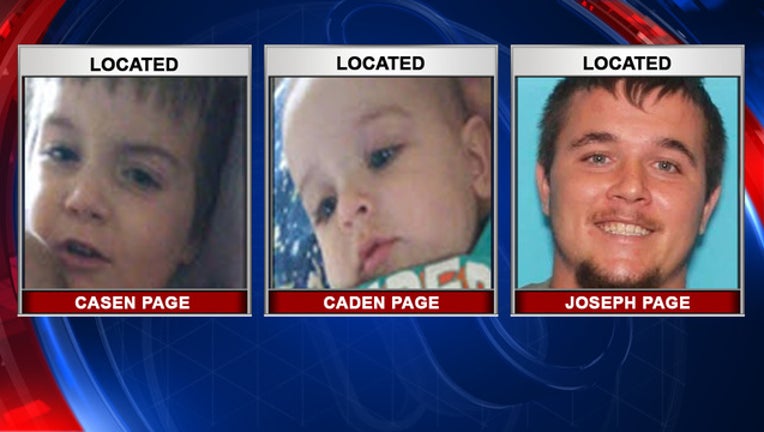 BONIFAY, Fla. (FOX 13) - Two Florida children were abducted by their father, who has a warrant out for his arrest on a child abuse charge, officials said, prompting a statewide Amber Alert.

The Amber Alert has been issued for 5-year-old Casen Page and 7-month-old Caden Page. They were last seen in the 3000 block of Highway 2 in Bonifay, located in Holmes County. The county borders the Florida-Alabama state line.

Casen is described as a white male, 3’9 tall, weighs 44 pounds, and has brown hair and blue eyes.

Caden is described as a white male, 2’2 tall, weighs 28 pounds, and has brown hair and brown eyes.

They could be traveling with 25-year-old Joseph Page in a 2014 white Ford Escape, with the Florida tag number, 0768TW. The vehicle has a Florida State University tag in the front and an FSU stick on the rear end.

Joseph is described as a white male, 5’6 tall, and has brown hair and blue eyes. According to Holmes County investigators, he abducted the children Wednesday evening. They said he gained access to the home of their babysitter by pretending to be a Holmes County deputy.

Then, officials said, he forced his way into the home, striking the homeowner at the front door.

He was last seen in the area of Jackson and Calhoun counties. Authorities said he has pre-existing warrants out for his arrest, including for felony child abuse. It’s unclear whether the alleged abuse involved his children.