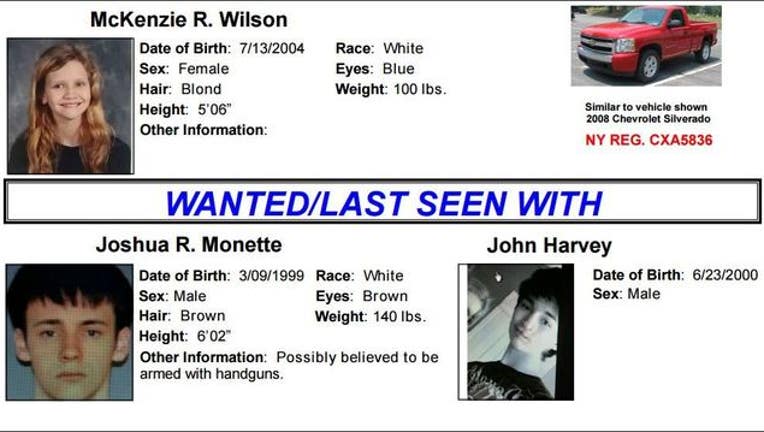 This is the earlier article:

The child, McKenzie R. Wilson is a white female, approximately 12 years 10 months old with straight, blonde hair and blue eyes. She is approximately 5 feet 6 inches and weighs about 100 pounds.

The vehicle has been identified as a red Chevy Silverado pickup truck with New York license plate number CXA5836. The extended cab vehicle was stolen from the vicinity of the abduction and had a black bow tie on the front grille.

There are fears they are possibly heading for the Allegany Mountains.

Police say the suspects took the child under circumstances that lead police to believe she is in imminent danger of serious bodily harm or death.

The suspects are believed to be armed with handguns.

Anyone with any information on this abduction is asked to call the New York State Police Machias at (866) NYS-AMBER or dial 911 to provide information on a report or sighting.