FOX 26 Reporter Damali Keith has more on the new effort announced by Crimestoppers on Tuesday.

HOUSTON - It's no secret murders in the greater Houston area are on the rise.

More than 600 murders were recorded in Harris County in 2021, that's a staggering 70% increase compared to 2019 numbers.

Crime Stoppers of Houston announced the Safe Community Institute on Tuesday morning, a new project to help combat the increase in crime.

The institute will hold the organization's Safe Community program, 'The Balanced Voice' podcast, and a new research center.

Crime Stoppers of Houston has announced a new project called the Safe Community Institute. Director Sydney Zuiker shares details about the institute, which will house the organization's new research center, the Safe Community program, their podcast 'Balanced Voice,' and more.

"Sadly and strangely today the very notion of public safety has become political. It’s time to share (information) under a hub that has no political agenda. We’re not up for any elections or office. We just want to give the community information," says Crime Stoppers CEO Rania Mankarious.

All sides seem to agree crime has increased in the Houston area.

As a result, not only are many Houstonians becoming more frightened and frustrated, many are left confused, some with erroneous misinformation and left asking, "Why is the D.A. letting people out on bond? Why doesn’t the mayor tell the judges to do x,y, and z? The community is not understanding civics and how the criminal justice system works. It’s time to share it and under a hub that has no political agenda. We’re not up for any elections or office. We just want to give the community information," Mankarious adds.

The research center will look at hard data and statistics to better understand what's driving crime.

"The research center is the first data reporting center of its kind, and it has a clearly defined purpose to accurately report on crime trends and public safety data, so the public has a transparent view of the criminal justice system in Harris County. We believe that every single community member is entitled to clear, accurate, and unbiased data about the factors affecting their safety. The research center will do exactly that," Director of the Safe Community Institute Sydney Zuiker explains.

Harris County commissioners and constables joined Crime Stoppers of Houston at the announcement to show their support.

They presented the public safety non-profit with a $10,000 donation on behalf of all Harris County law enforcement agencies. 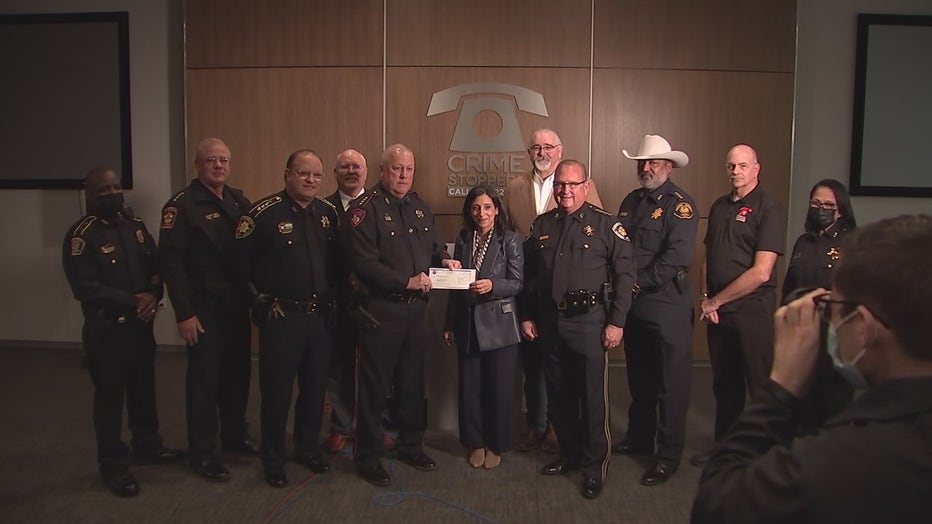