Dozens of animals found during search for missing Houston man

A southeast Houston man's disappearance has led to dozens of animals found at his home and taken into custody. Volunteers searched for 41 year-old Ruben Sanchez as animal control agents removed animals from his home.

HOUSTON - A south Houston man is missing but his disappearance has led to something else going on at his home.

Not only did Ruben Sanchez vanish but dozens of animals were actually found as a result and taken into custody at the missing man’s house.

"He was doing some yard work with his wife. He walked toward the rear of his property and hasn’t been seen since," Detective Valdez added. "We’ve had some citizens call us and say we’ve possibly seen him in the area in the last 24 hours. So we’re just kind of searching those areas."

Even as officers, Texas Equusearch, and loved ones look for 41-year-old Ruben Sanchez, a host of animal control agents were removing ducks and dozens of other feathered, furry, and shelled pets from his house.

"City code workers came here because of living conditions in the house. Basically, a hoarder and the house is kind of a fire hazard, a health hazard. Detectives wanted us to search the house, to search the property. There was far more than 100 animals in here," explains Tim Miller with Texas Equusearch. 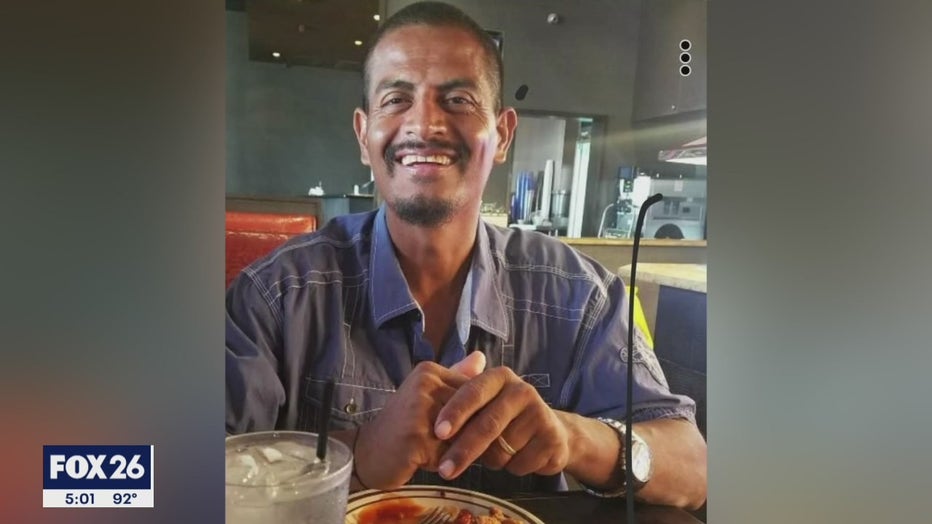 Sanchez suffered a Traumatic Brain Injury and other wounds in a car accident in April, which according to his wife may have caused him to simply walk away from Monday around 11:30 a.m. shortly after their surveillance cameras caught images of him in front of his home.

Tamez added her husband now walks with a limp due to the accident and has been in severe pain, requiring medication.

"It’s devastating," says Sanchez’s wife Rubi Tamez. "He might be disoriented. He’s been having head pain, stabbing pain, depression since the accident."

"Don’t leave no stone unturned," she added. "Find him. That’s all I want."