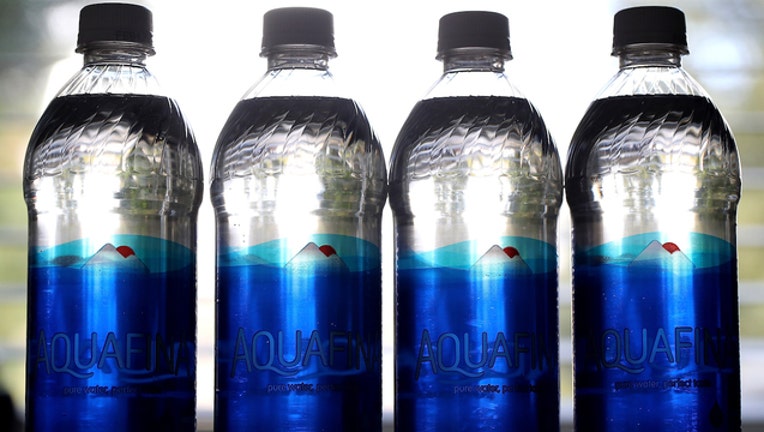 A new study by State University of New York at Fredonia found that 93% of water tested in 259 water bottles from 11 brands contained microplastic contamination at two times higher than found in tap water. (Justin Sullivan/Getty Images)

(FoxNews.com) - Water, water everywhere — and not a drop to drink.

A study by Orb Media and State University of New York at Fredonia made headlines this week for reporting that, of 250 water bottles sourced from 11 brands in nine different countries, 93 percent of the samples were contaminated with microplastics.

However, some bottles tested featured concentrations up to 10,000 plastic pieces per liter.

Nevertheless, Fox 28 pointed out that the joint study has not been subjected to scientific peer review and has not been published in a journal.

Meanwhile, the World Health Organization confirmed to BBC that it will be launching a new investigation to review the potential risks of plastic in drinking water.

"It's not about pointing fingers at particular brands; it's really showing that this is everywhere, that plastic has become such a pervasive material in our society, and it’s pervading water - all of these products that we consume at a very basic level,” said Sherri Mason, a professor of chemistry at SUNY Fredonia who contributed to the study, told BBC.

Though there is no evidence to date that ingesting microplastics is harmful to the human body, the researchers believe that the implications need to be better understood.

"It's not catastrophic, the numbers that we're seeing, but it is concerning,” Mason said.

The World Health Organization did not immediately return Fox News’ request for comment.