HOUSTON - Houston police are searching for the gunman who shot a 9-year-old girl in the head, killing her, and injuring her mother on Monday evening.

Jeremiah Jones has been charged with capital murder in the death of his ex-girlfriend's daughter, Houston police announced Tuesday afternoon.

HPD says the shooting happened at the Camden apartment complex in the 400 block of Oxford St. in the Heights, just before 10 p.m.

Police say a mother was at home with her three children, ages 1, 3 and 9, watching television when Jones, 22, showed up at their apartment.

HPD says the family was then separated and Jones did the unthinkable.

"The family got separated. The suspect here, executed a 9-year-old little girl in the apartment with a handgun," said Detective Sgt. Michael Cass. "He then went after the mother, and she was shot."

The child was transported by ambulance with a gunshot wound to the head. She was pronounced dead at the hospital.

The mother was shot in the shoulder area. She was transported by ambulance with non-life-threatening injuries. 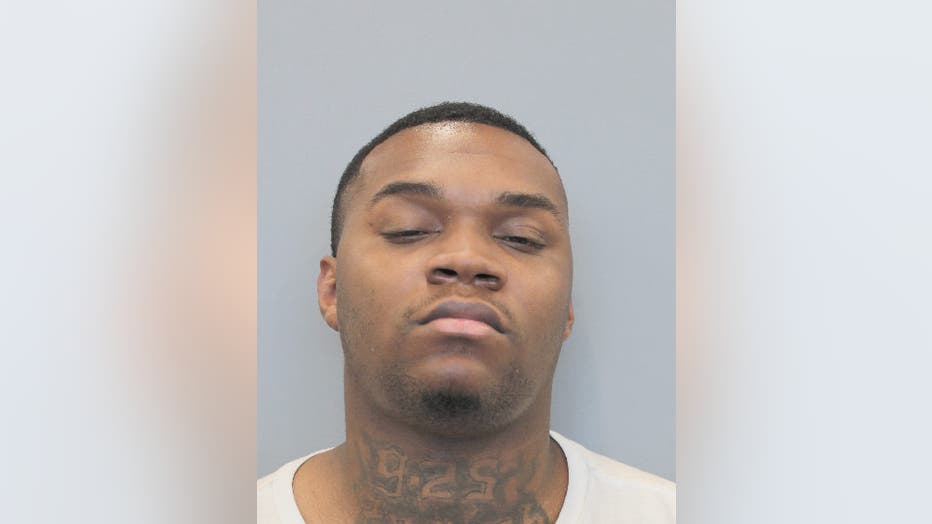 Jeremiah Jones, 22, is charged with capital murder in the shooting death of his ex-girlfriend's 9-year-old daughter.

According to court records, Jones was out on bond for multiple charges at the time of the deadly shooting.

Jones is described as 6' tall, weighing roughly 200 pounds. He was wearing a black T-shirt, blue jeans and slides. Police are searching for his vehicle, described as a black 2019 Chevrolet Camaro with the paper tag: RTY0500.

Police say the other two children in the apartment were not injured, and have been taken to family members.