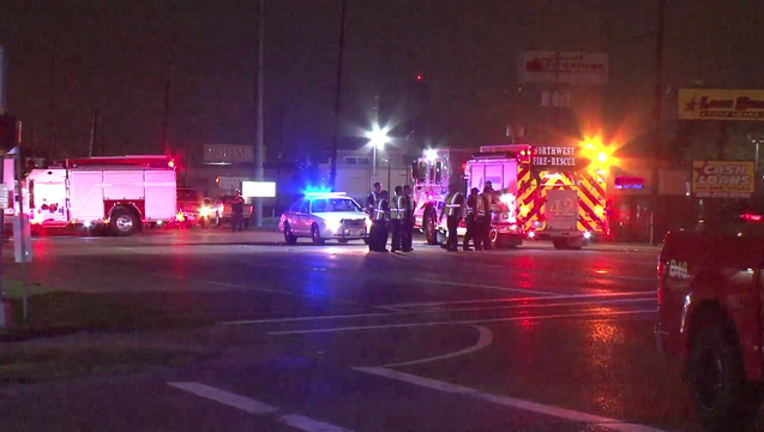 An 8-year-old girl was seriously injured when the vehicle she was in was rear-ended by another car at a red light, authorities say.

The crash occurred near SH 249 and Old Bammel-N Houston Road around 10 p.m. Monday.

Deputies say the girl was in the backseat of an HHR that was stopped at a red light at the intersection when a white car rear-ended the HHR.

The girl was taken to the hospital by Life Flight. Deputies say she sustained serious injuries.