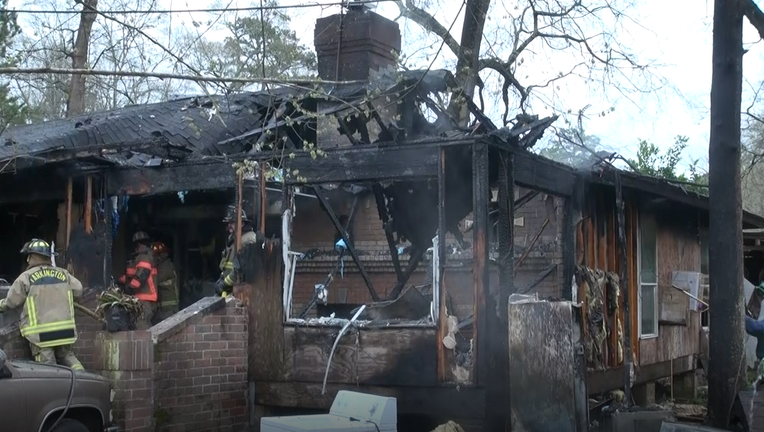 CLEVELAND, Texas - A 79-year-old Cleveland resident has died after being trapped in a burning home left authorities unable to resuscitate him.

Just after 11 a.m. Thursday Cleveland Fire Department was dispatched to a house fire on County Road 3293 off FM 1010 south of Cleveland.

When firefighters arrived they were met with heavy fire conditions at the front door and porch area. An adult male resident informed firefighters his father was still inside the home.

They then located the 79-year-old resident and brought him outside. Montgomery County Hospital District and Liberty County EMS worked to resuscitate the victim but they were unable to save him.

Cleveland Fire Chief Sean Anderson said the fire was caused by the fireplace which was in use due to the cold weather. The victim's son was not injured but did lose a dog in the blaze. One firefighter suffered minor injuries.