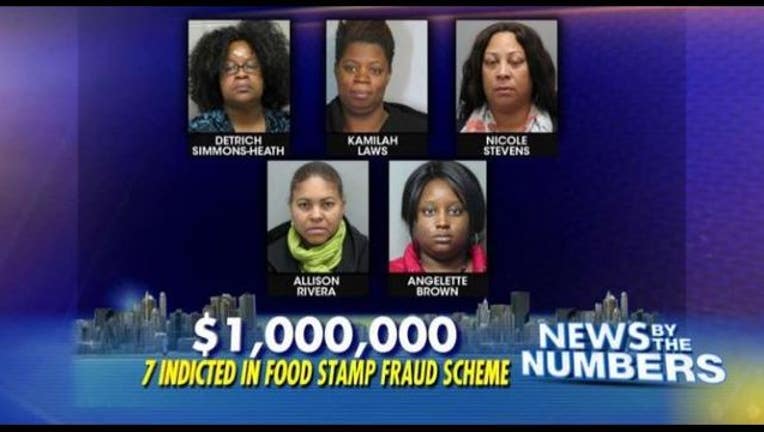 The defendants worked for the Department of Health and Social Services and were responsible for issuing Electronic Benefit Transfer (EBT) cards, which are used for purchases by food stamp recipients.

The fraud ring was found to have issued more than $959,000 in fraudulent benefits. Denn explained how the scheme worked:

Based on internal audits conducted by DHSS’s Audit and Recovery Management Services, investigators learned of fictitious and unauthorized EBT accounts created by Division of Social Services case workers responsible for case creation and maintenance, with each of the fraudulently created cases issued varying amounts of food benefits in the form of EBT cards.

The investigation revealed that the fraudulent EBT cards were delivered to State Service Centers in New Castle and Kent County, and intercepted by the suspects working at those locations. Once intercepted, the cards were personally used or sold at a discount.