Mnuchin tweeted that the Treasury Department has delivered a payment file to the U.S. Federal Reserve for long-awaited economic payments.

"These payments may begin to arrive in some accounts by direct deposit as early as tonight and will continue into next week," Mnuchin wrote.

Mnuchin added that paper checks will be distributed beginning Wednesday.

"Paper checks will begin to be mailed tomorrow. Later this week, you can check the status of your payment at http://IRS.gov/GetMyPayment."

The news follows the passage of a second COVID-19 relief bill totaling approximately $900 billion last week, among the largest rescue packages of its kind.

The COVID-19 portion of the bill revives a weekly pandemic jobless benefit boost — this time $300, through March 14 — as well as the popular Paycheck Protection Program of grants to businesses to keep workers on payrolls. It extends eviction protections, adding a new rental assistance fund.

Americans earning up to $75,000 will qualify for the direct $600 payments, which are phased out at higher income levels, and there's an additional $600 payment per dependent child. 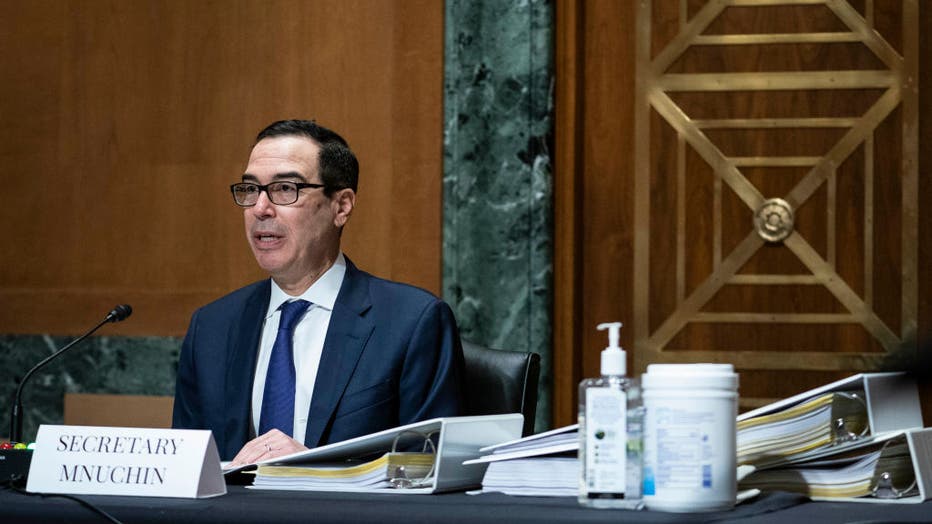 US Secretary of the Treasury Steven Mnuchin testifies during a hearing before the Congressional Oversight Commission on December 10, 2020 on Capitol Hill in Washington, DC.

But McConnell’s roadblock in efforts to increase the amount individual Americans receive on stimulus payments may not be sustainable as pressure mounts amid an worsening coronavirus pandemic. A growing number of Republicans, including two senators in runoff elections on Jan. 5 in Georgia, have said they support a larger amount.

President-elect Joe Biden has also voiced his support for $2,000 checks and said the aid package is merely a "down payment" on what he plans to deliver once in office.

Economists said a $600 check will help, but that it’s a far cry from the spending power that a $2,000 check would provide for the economy.