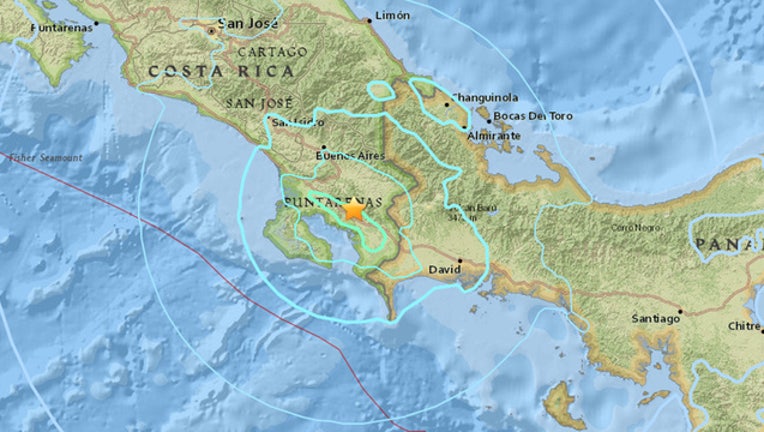 SAN JOSE, Costa Rica (AP) — A strong earthquake shook southern Costa Rica near the border with Panama on Friday evening, toppling items from store shelves and knocking out power in places, but authorities said there was no major damage or reports of serious injuries.

Alexander Solis, president of the National Emergencies Commission, said there were a handful of localities where power failed and objects fell without serious consequences. He said hospitals were only reporting some people having suffered panic attacks.

"We have checked in practically the entire country with no reports at this time of important damage," Solis said.

Ellery Quesada, a journalist with Channel 9 in Palmar Norte, near the epicenter, told The Associated Press that the quake was felt strongly in the region, some power poles had reportedly toppled and several aftershocks were felt afterward.

The USGS recorded at least one subsequent temblor of magnitude 4.6. Earlier it had calculated the magnitude at 4.9.

In neighboring Panama, civil defense officials said via Twitter that the quake was felt strongly in the border provinces of Chiriqui and Bocas del Toro but no damage had been detected.

Panamanian media reported shaking was felt at a stadium in the city of David where a youth baseball championship game was being played, but play was not halted.