More than 5,000 people turn out for party at senior living facility

More than 5,000 trick-or-treaters showed up to a Halloween party at a senior living facility.

HOUSTON - Residents at Heartis Senior Living Center – Clear Lake have been looking forward to Halloween for quite a while! With the loads of donated candy, they were hoping for lots of children to come by to trick-or-treat, and they were not disappointed!

Over 5,000 showed up to their Halloween party! 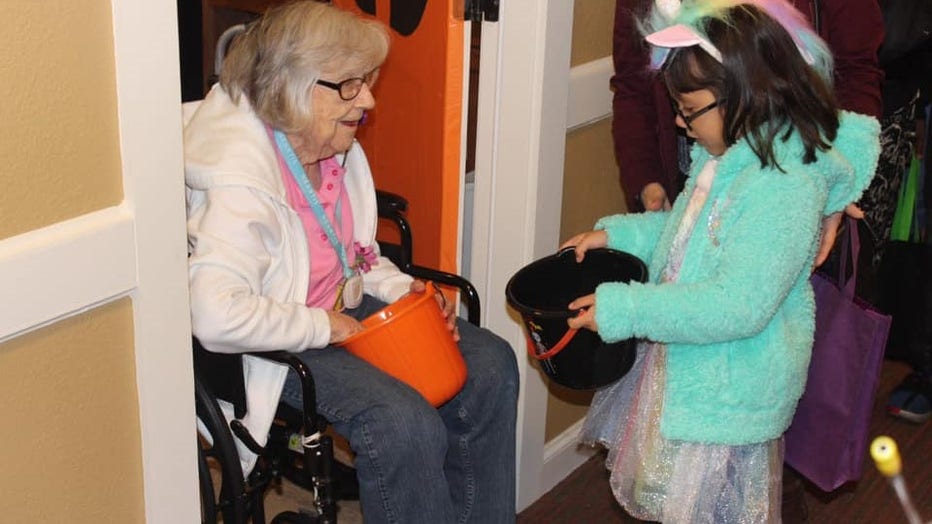 When the residents decided they wanted to invite trick-or-treaters, Hudson says she decided to put an ask on Facebook for candy. It worked! The senior living center received candy from across Texas and even as far as Florida, California, and North Dakota, and plenty came to claim it.

The residents say they never imagined they would get so much candy. With all the donations, Hudson and her team decided to turn Halloween evening into a party. They had a bounce house, hot dogs, and games.