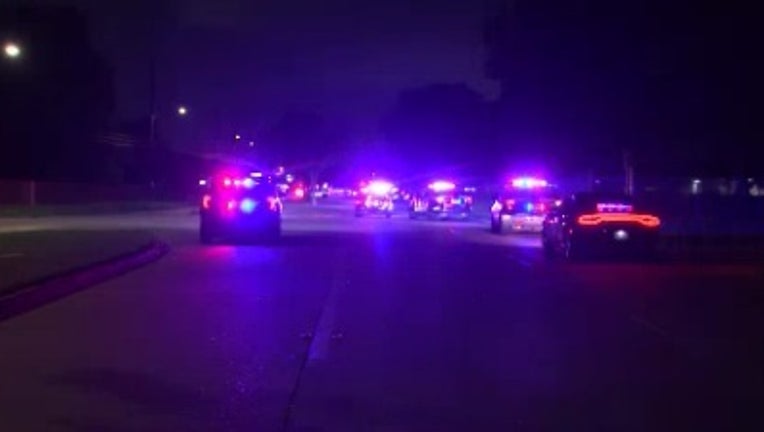 HARRIS COUNTY, Texas - Authorities are on the scene of a drive-by shooting where at least one person was killed on Thursday evening.

According to the Harris County Precinct 1 Constable's Office, the shooting occurred at Sammy Js Bar and Grill, located on the 9700 block of North Houston Rosslyn Road.

Commander James Bryant with the North Division of the Houston Police Department said the shooting occurred around 8:40 p.m.

When officers arrived on the scene, they found a man and a female with injuries and began performing first aid on them.

Both were taken to the hospital, however, the man was pronounced dead, Bryant said. The woman is currently in critical but stable condition. The man's name was not released.

Authorities said as they were working the scene, they received calls from area hospitals of other gunshot victims that could be related to the shooting. Police were heading to those hospitals to confirm as of the Thursday night briefing.

Bryant said authorities are very early in the investigation but said there was a benefit going on at the location and a disturbance may have led up to the shooting.

HPD Homicide investigators are on the scene talking to witnesses and working to review surveillance footage.

Bryant said there is currently no suspect description as the investigation is ongoing.