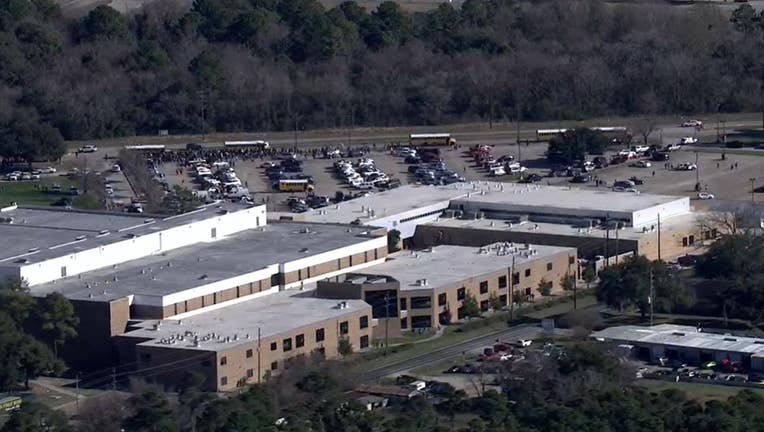 Klein ISD says the school was evacuated after an explosion. They say all students and staff are safe, but four students were injured. No one has been transported to the hospital. Police say injuries were minor and were based on how the device was activated.

The 4 students that were injured sustained minor scratches and the situation at Klein Forest High School is under control. Most students have been picked up and transported home after classes and after school activities were canceled for the rest of the day.

One suspect, who has been identified as a student, has been detained, and authorities are searching for other suspects.

Klein ISD says buses were sent to the school early. School was dismissed and no one will return to the building today. All on and off-campus afterschool activities have been canceled.

This is an ongoing investigation. Check back for updates.