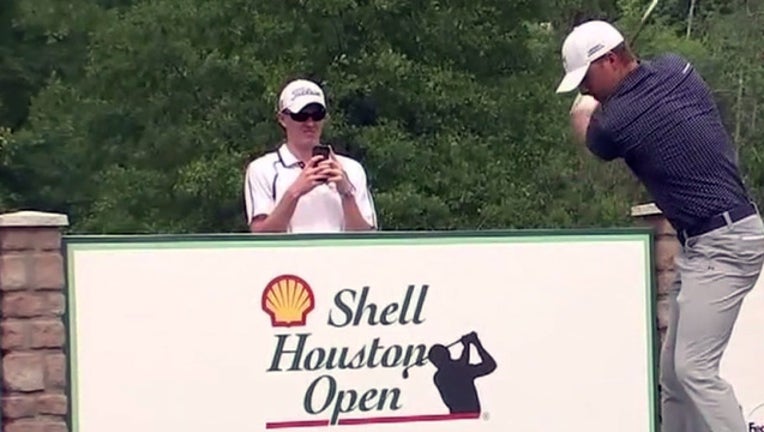 HOUSTON (FOX 26) - Shell Oil Company has notified the PGA TOUR and the Houston Golf Association that it will not continue as title sponsor of the Shell Houston Open beyond the 2017 tournament, according to a statement on the event website. The company has sponsored the tournament since 1992 and said that the decision was driven by a combination of economics and a need to realign its branded sponsorship strategy globally.

“We very much appreciate the efforts the HGA and PGA TOUR have undertaken to support our brands throughout our fruitful quarter-century plus partnership,” said Bruce Culpepper, president of Shell Oil Company. “We could not be more proud of what we have accomplished together and look forward to celebrating our collective success at the final [26th] Shell Houston Open in 2017. We continue to wish the HGA, the TOUR and the many charitable organizations they support the greatest success in the future.”

Since the tournament was first organized by the Houston Golf Association in 1946, it has generated $64 million for local charities and youth programs. Of that amount, more than $60 million has been raised while Shell Oil Company has served as the title sponsor.

The PGA TOUR, working closely with the HGA, will begin the search for a new title sponsor immediately. The Shell Houston Open is the 10th oldest tournament on the tour.

“Beyond being one of the longest-running tournaments on the PGA TOUR and having such a rich history, the Shell Houston Open has demonstrated what a valuable contribution an event can have on the local community with the longevity of corporate partnership, like that of Shell,” said PGA TOUR commissioner Tim Finchem. “We greatly appreciate all that Shell has done over the years to support its hometown tournament and the wonderful charitable work of the HGA. While we truly regret such a wonderful association will be ending next year, we fully understand Shell’s situation. We will begin the search for new title sponsor right away and are confident we will be successful in those efforts.”

The 2016 Shell Houston Open at the Golf Club of Houston attracted a record attendance of 125,000 visitors. The tournament generates hours of live national broadcast coverage, hours of network television coverage and promotion via other outlets for the city of Houston annually. Internationally, the tournament is broadcast in 228 countries, reaching nearly 1 billion households. The Shell Houston Open annually generates an estimated $25-to-30 million in economic impact for the Houston area.

Funding from the tournament benefits HGA Youth Programs, including the HGA Scholarship Program, HGA Junior Golf, and The First Tee® of Greater Houston. Funding has enabled growth for The First Tee of Greater Houston, an organization that teaches life skills to children through the game of golf. The local chapter is now in 400 public schools across Houston, impacting more than 290,000 children annually, making it the largest chapter in the worldwide network.

More than 200 additional worthy causes and nonprofit organizations have received donations or gifts in kind as a result of the tournament, including Shell Houston Open ongoing beneficiaries Chinquapin Prep (since 1979), Cenikor Foundation, Inc. (since 1996), and Project Joy and Hope (since 2014).

Shell has been heavily involved with the sport since that time, not only as title sponsor of the Shell Houston Open but as the sole Founding Partner of the World Golf Foundation, which oversees the World Golf Hall of Fame in St. Augustine, FL, and as the founding corporate partner for The First Tee®, a WGF outreach program that has brought the game of golf and its values to millions of children worldwide.

The 2017 Shell Houston Open is scheduled to take place from March 27 until April 2 at the Golf Club of Houston.