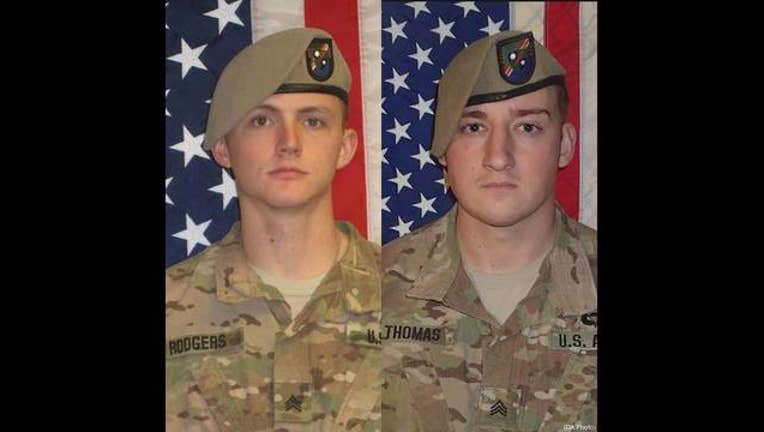 WASHINGTON (AP) - Two American Army Rangers were killed and another received a minor injury during a ground assault against Islamic State fighters in Afghanistan Wednesday, according to the U.S. military.

The U.S. forces were accompanying Afghan troops on the raid when they came under attack by the Islamic State Khorasan group in Nangarhar Province in eastern Afghanistan, according to Navy Capt. Bill Salvin, the U.S. military spokesman in Kabul. Dozens of IS fighters were also killed.

The U.S. and Afghan troops had flown in by helicopter then advanced on foot. The raid was in Mohmand Valley, the same region where the U.S., two weeks ago, dropped what is called the "mother of all bombs" on an IS complex.

The bombing came just days after a U.S. Army special forces soldier was killed in the region. The bomb is the largest non-nuclear weapon ever used in combat by the U.S., and it killed several dozen militants.

The U.S. has been battling the Islamic State group in Afghanistan for months and estimates that it now includes about 800 fighters there.

"The fight against ISIS-K is important for the world, but sadly, it is not without sacrifice," said Gen. John Nicholson, commander of U.S. Forces in Afghanistan.