COPENHAGEN, Denmark - Two Norwegian teenage sisters were killed when struck by lightning during a hike in the southern Norway mountains, authorities said Monday. A third person, a sister to the pair, was seriously injured and was hospitalized.

The sisters, identified as Benedicte Myrset, 18, and 12-year-old Victoria Myrset from Oslo, were hit by lightning in the mountainous area of Hareid Sunday. They were on the Melshorn mountain, a popular destination, when the accident happened.

Officials in Hareid said a third person, also a sister in the same family but who was not named, was injured and taken to a nearby hospital. She was then transferred to a larger hospital in Bergen, Norway’s second-largest city. Bergen is 308 kilometers (191 miles) northwest of Oslo. 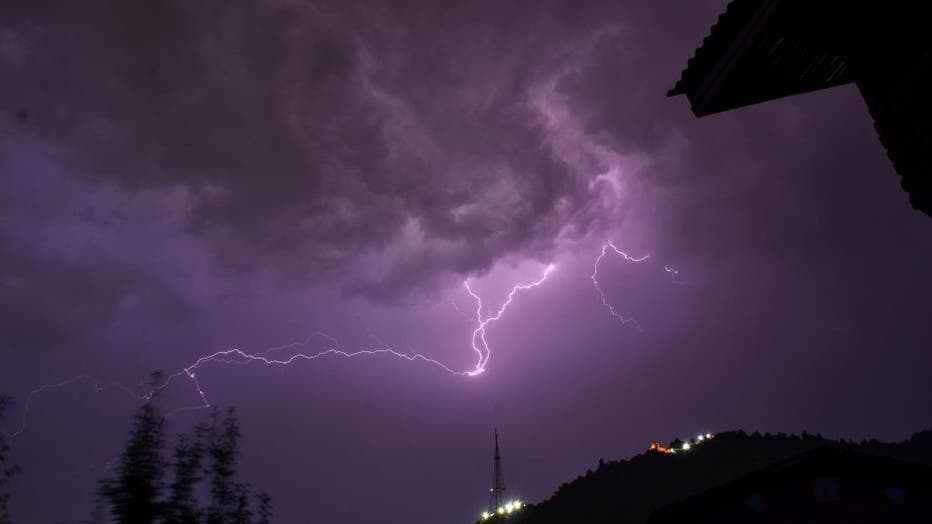 FILE - Lightning strikes are pictured during a thunderstorm. (Photo by Saqib Majeed/SOPA Images/LightRocket via Getty Images)

In a statement, Hareid Mayor Bernt Brandal called it "a deeply tragic event" that no one could have predicted because the weather "changed tremendously fast."

Further details were not available.