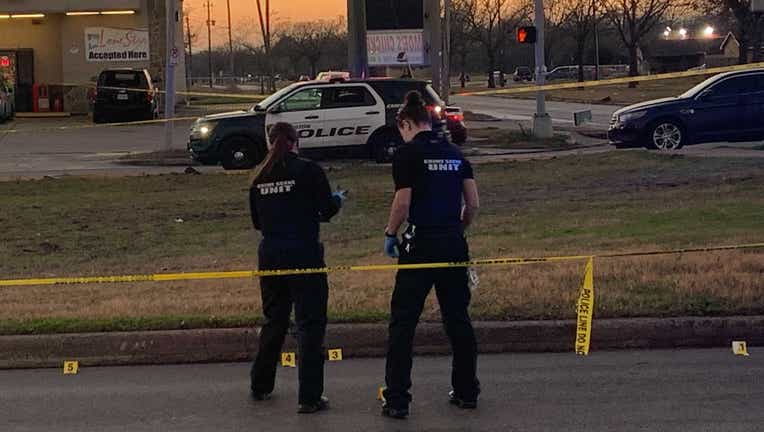 HOUSTON - Homicide detectives are investigating a shooting in southeast Houston that left a 17-year-old dead.

When officers arrived, they found a 17-year-old male who had been shot.

The 17-year-old was taken to Ben Taub General Hospital where he later died.

Authorities said the 17-year-old was walking in the median when a gray Cadillac pulled up and several shots were fired out of the vehicle.

Police said the gunfire struck the teen and the Cadillac fled the area.

HPD homicide investigators are talking with witnesses and checking with several nearby surveillance stores to review their surveillance video.