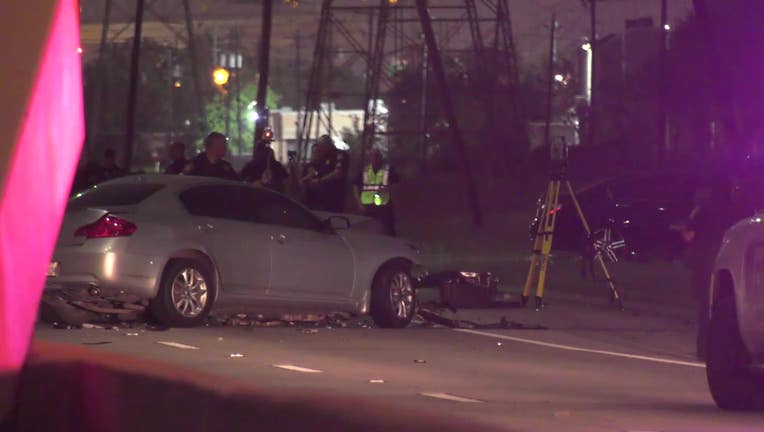 Authorities investigate a deadly crash on the Westpark Tollway.

HOUSTON - Authorities say one person is dead and three are in critical condition after a wrong-way crash on the Westpark Tollway.

The crash occurred in the eastbound lanes near Hillcroft around 2:12 a.m. Wednesday.

According to the Harris County Pct. 5 Constable’s Office, four people were in one of the cars. A passenger in that car is dead and the three other occupants were taken to the hospital.

The constable’s office says the driver who struck that vehicle was driving the wrong way on the Westpark Tollway. Authorities say the driver of that vehicle has signs of intoxication and will be charged with intoxication manslaughter. He was also taken to the hospital.