One person was killed and 11 others were injured, including three juveniles, in a shooting at an outdoor concert event overnight Saturday in southeast Oak Cliff.

DALLAS - One person was killed and 11 others were injured, including three juveniles, in a shooting at an outdoor concert event overnight Saturday in southeast Oak Cliff.

The venue was an outdoor concert described as an all-day field party in the 5000 block of Cleveland Road, near Bonnie View Road and I-20. Police said there were several thousand participants on hand for the concert that featured several rap performers.

Police said the shooting occurred near one of the stages and several people suffered minor injuries from being trampled as they tried to get away.

"The shots went off and the whole crowd just dropped on top of each other like trying to shield everybody and everybody started running," witness Doylnelia Hughes said. "And there was somebody back there dead."

Officers found 26-year-old Kealon Dejuane Gilmore lying near the stage with a gunshot wound to the head. He was later pronounced dead.

There were 11 people taken to area hospitals by private vehicles and ambulances. Police said one is in critical condition, and the others are in stable condition.

"I just heard a lot of shots, so I just started running," witness Jenuda Harris recalled. 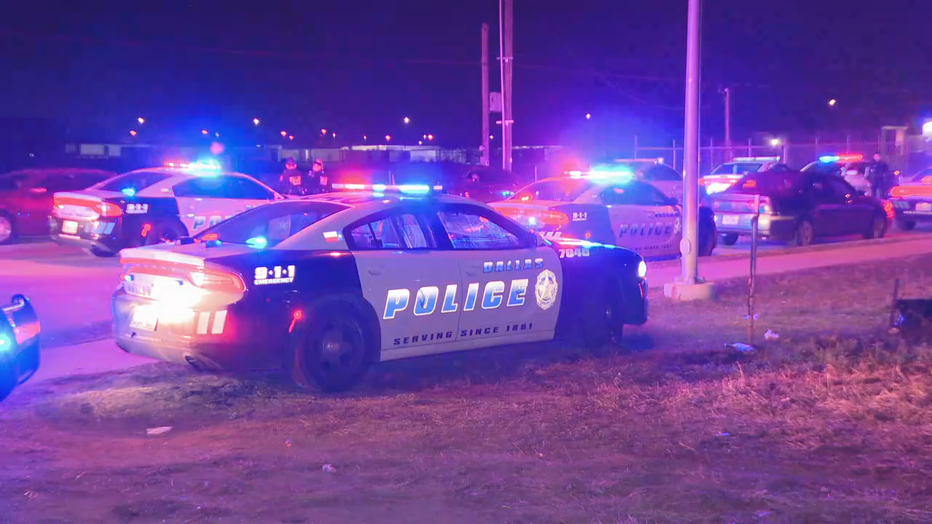 VIP passes highlighted the musical performers, and passes were scattered outside the venue that read: "kids 10 & under free."

"You couldn’t even move," 14-year-old Boeboe Autry recalled. "It’s supposed to be everybody come out here and have a good time, but it didn’t come out that way. It came out a different way."

Autry returned to the scene with his older sister, hoping to find his cell phone. He lost it, along with a shoe, while running away.

Some who attended the event told FOX 4 parties on the large rural lot are common.

FOX 4 crews were unable to get answers on site from event organizers about security and screening procedures.

Those fortunate enough to escape recall the frantic moments.

"I mean we couldn’t move because my leg was up under everybody," Harris said.

Dallas Fire-Rescue had one engine company at the event attending to another call when the shooting started.

According to police, other DFR units had to use ATVs to move victims because of traffic blocking the ambulance access to the scene.

No arrests have been made at this time. Police said the investigation was ongoing into what led to the shooting and didn't provide any immediate information about suspects.

Anyone with information is asked to call Det. Christopher Anderson at 214-671-3616 or email c.anderson@dallascityhall.com.

READ MORE: Man arrested after death of 7-year-old in Denton