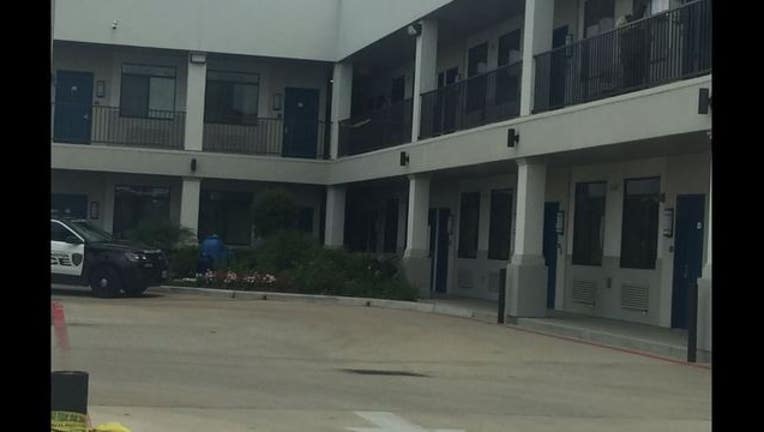 HOUSTON (FOX 26) - A woman is dead and a man is fighting fo his life after being found in a northwest Houston motel.

Shortly before 5pm, Houston police were called to the Palace Inn located in the 1300 block of West Sam Houston Pkwy North.

Police said that a male and female had not checked out yet. Officers arrived on scene and found the motel room barricaded.

Officers were able to force their way in and found a male suffering from a gunshot wound to the head.

The male was transported to Ben Taub Hospital in critical condition.

The female was found deceased but its unclear how she died. Both appear to be in in their 20s.

HPD homicide is investigating and cause and motive.