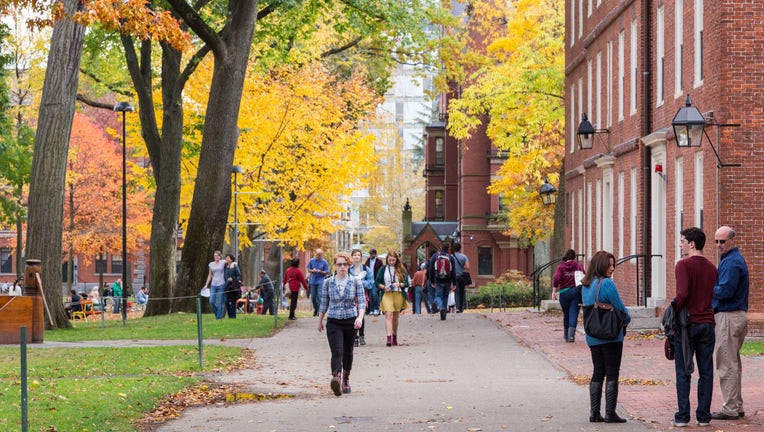 The Biden administration has hired a student loans expert who believes the Education Secretary has the legal authority to forgive student debt under executive order. Here's what that means for your college debt. (iStock)

President Joe Biden's Department of Education has hired an outspoken proponent of canceling college debt, according to a July 6 news release.

Toby Merrill will serve as deputy general counsel specializing in student loans. Merrill is a Harvard Law lecturer who founded the Project on Predatory Student Lending, a nonprofit that represents low-income borrowers in litigation against for-profit colleges.

He is also an ally of Sen. Elizabeth Warren (D-Mass.), who supports canceling up to $50,000 in student loan debt for 95% of borrowers, or about 42 million Americans in total. Sen. Warren, Senate Majority Leader Chuck Schumer and other prominent Democrats have been pushing for Biden to use executive action to implement widespread student loan forgiveness measures such as this.

Keep reading to learn more about how this appointment may affect your college debt and what you should do with your student loans in the meantime. And if you're currently searching for private student loans or student loan refinancing, take advantage of historically low interest rates by comparing lenders on Credible.

Merrill is a proponent of canceling student debt, especially for borrowers who were defrauded by for-profit universities. Merrill's nonprofit, the Project on Predatory Lending, represents over a million former students who have been scammed by for-profit educational institutions.

In the nearly six months since the Biden was inaugurated, the Department of Education has taken steps to cancel student loans for borrowers who were defrauded as part of its borrower defense program. Thus far, Education Secretary Miguel Cardona has canceled $1.5 billion worth of college debt for about 90,000 borrowers.

It's still unclear what the Biden administration intends to do in terms of broader student loan forgiveness, but appointing a student debt expert with the credentials of Merrill may signal a step toward canceling student debt. In January 2020, Merrill co-signed a letter to then-presidential candidate Warren asserting that the Education Secretary can lawfully "compromise and modify existing student loans" to effectively cancel student debt, citing the U.S. Constitution:

While Merrill's appointment as general counsel has ignited hope among student loan borrowers who have been banking on having their student loans forgiven, nothing has been changed just yet. And with student loan payments set to resume in October 2021, time is running out for borrowers to create a loan repayment plan.

HERE ARE SOME OF THE BEST STUDENT LOAN FORGIVENESS PROGRAMS

The federal moratorium that's suspending student loan payments is set to expire on Sept. 30, 2021. With no definite answer to whether or not your student loan debt will be forgiven, here are a few things you can do to prepare your finances for student loan repayment:

It's not recommended that you refinance your federal student loan debt, since doing so would make you ineligible for federal protections, including student debt forgiveness in the future.

Student debt cancellation measures likely won't apply to private student loans, though. If you do have private loans, refinancing can save you money now and in the future. Compare student loan refinancing rates on Credible to make sure you're getting the most competitive rate possible.

Still not sure what to do with college debt?

Paying for college is challenging. There are many types of student loans, and every borrower has a unique situation that needs personalized attention. What's best for one student loan borrower may not be best for you, and vice versa.

Get in touch with an experienced loan officer at Credible who can answer your questions and walk you through your options for private student loans, so you can make a cost-effective financial decision.