Sixteen days until the Houston city election and a look at where the electorate stands in the battle to lead this city for the next four years as mayor. Released Sunday morning the results of the University of Houston's Hobby School of Public affairs poll that shows despite a continuous barrage of criticism from the field of challengers, incumbent Mayor Sylvester Turner leads by a substantial double-digit margin, with more than 43% of the likely vote. 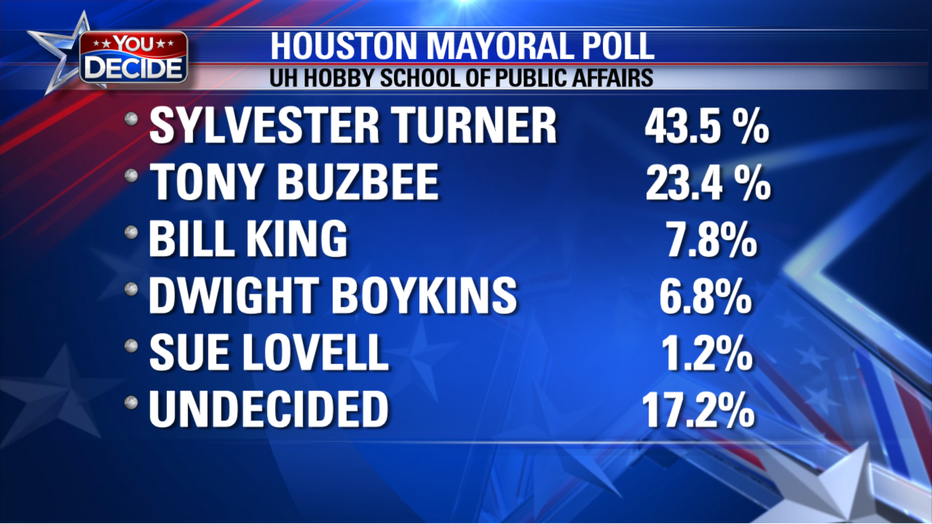 Houston’s mayoral race not as close as expected

According to a recent poll by the University of Houston's Hobby School of Public Affairs, Mayor Sylvester Turner has a strong lead in the mayoral race with 43.5% over his challengers.

Read more about the University of Houston poll.