Millennials, whether Republican or Democrat, Independent or politically indifferent, have, for the most part, a deeper trust of science than previous generations. What most of those scientists are finding is that the earth's climate is clearly changing and hu+man activity, particularly the burning of fossil fuels, is a major contributing factor. The WYP panel talks about what steps the government should be making and what the populace should demand.

Houston - Millennials, whether Republican or Democrat, Independent or politically indifferent, have, for the most part, a deeper trust of science than previous generations. What most of those scientists are finding is that the earth's climate is clearly changing and hu+man activity, particularly the burning of fossil fuels, is a major contributing factor.

The Independence Day weekend edition of What's Your Point brings together a panel of talented young leaders so-called Millenials,
who have already demonstrated a desire to lead our community into a future filled with both uncertainty and opportunity.
Michele Leal, Latino Texas PAC, Genevieve Carter, Communication Dir. of Harris County GOP, Raj Sahotra, co-founder Momentum Education, Charles Blain, Urban Reform, and Anthony Dolcefino, conservative, former City Council candidate, join Greg Groogan to talk about what steps the government should be making and what the populace should demand.

Associated Press - July 2, 2020    Global warming looks like it will be a bigger problem for the world’s fish species than scientists first thought: A new study shows that when fish are spawning or are embryos they are more vulnerable to hotter water.

With medium-level human-caused climate change expected by the end of the century, the world’s oceans, rivers and lakes will be too hot for about 40% of the world’s fish species in the spawning or embryonic life stages, according to a study in Thursday’s journal Science. That means they could go extinct or be forced to change how and where they live and reproduce.

Until now, biologists had just studied adult fish. For adult fish, around 2% to 3% of the species would be in the too-hot zone in the year 2100 with similar projected warming. So using this new approach reveals a previously unknown problem for the future of fish, scientists said.

In a worst-case climate change scenario, which some scientists said is increasingly unlikely, the figure for species in trouble jumps to 60%.

These vulnerable times in the life of a fish make this a “bottleneck” in the future health of species, said study co-author Hans-Otto Portner, a marine biologist at the Alfred Wegener Institute in Germany.

A marine heatwave last year, known as a blob, caused large numbers of migrating salmon to die throughout Alaska’s rivers. It also killed off cod eggs, showing what a warmer future might be like, said study lead author Flemming Dahlke, a marine biologist at the institute.

“With spawning fish and embryos most sensitive to warming waters, it means fish populations won’t be able to replace themselves,” said Rutgers University ecologist Malin Pinsky, who wasn’t part of the study but praised it. “Without reproduction and offspring, we have no fish, no fishing, and no fish on our plates.”

In studying 694 species, Dahlke and Portner found some of the fish likely to be hardest hit by this phenomenon include Alaska pollock —the biggest fishery in the United States and the source of fast-food fillets — and well-known species such as sockeye salmon, brown trout, bonito, barracuda and swordfish.

“The more we allow the temperature to change ... the more we will lose the natural foundation of human life, including food from the sea,” Portner said.

When it gets too warm for spawning, the species could still possibly move to someplace cooler or spawn at another time, but that’s not easy, Dahlke said. “This could mean a lot of problems for many species.”

WASHINGTON (AP)  -  June 30, 2020    House Democrats on Tuesday unveiled a plan to address climate change that would set a goal of net-zero greenhouse gas emissions by 2050 while pushing renewable energy such as wind and solar power and addressing environmental contamination that disproportionately harms low-income and minority communities.

The election-year plan backed by House Speaker Nancy Pelosi and other leaders is less ambitious than a sweeping Green New Deal that a group of progressive Democrats outlined last year to combat climate change and create thousands of jobs in renewable energy.

The Green New Deal, championed by Rep. Alexandria Ocasio-Cortez, D-N.Y., calls for dramatic steps to virtually eliminate U.S. greenhouse gas emissions by 2030 with a goal of meeting “100% of the power demand in the United States through clean, renewable and zero-emission energy sources,” including nuclear power.

The new plan, put forth Tuesday in a 538-page report, offers similar goals but at a slower pace. It sets a range of targets, including a 45% reduction by 2030 of greenhouse gas emissions, which cause global warming.

Supporters say the plan, presented by Democrats on the House Select Committee on the Climate Crisis, by 2050 would save more than 60,000 American lives every year thanks to reduced air pollution, as well as nearly $8 trillion thanks to health and climate benefits.

“Democrats know the climate crisis is the essential crisis of our time, threatening public health, jobs and the economy, national security and values,″ Pelosi said Tuesday at a Capitol news conference.

“We are here today to provide hope and vision,″ said Rep. Kathy Castor, D-Fla., chairwoman of the climate panel. She called the Democratic plan a “transformative road map for solving the climate crisis,″ and pledged it would address environmental justice and vulnerable communities that are suffering from the effects of air and water pollution and industrial waste.

“The health of our families and the air we breathe are at the heart of our plan,″ Castor said, adding that it would create good-paying jobs in solar and wind energy, manufacturing electric vehicles and ensuring that communities are more resilient to flooding, extreme heat, intense hurricanes, and wildfires.

While likely to win approval in the Democratic-controlled House, the plan faces insurmountable opposition in the Republican-controlled Senate. Democrats are hoping to make inaction on climate change by congressional Republicans and the Trump administration a key campaign issue in November’s election.

The Democratic plan is similar to one proposed by former Vice President Joe Biden, the presumptive Democratic nominee for president. Biden’s plan also sets a goal for net-zero greenhouse emissions by 2050 and pledges an enforcement mechanism that includes milestone targets no later than 2025.

A Biden spokesman applauded Pelosi and House Democrats and said that as president, Biden “will work with Congress to implement a bold agenda that addresses the climate emergency, achieves environmental justice and creates good-paying jobs.″

The new plan received immediate support from more than 90 outside organizations, including major environmental groups and leaders in environmental justice, agriculture, public health, and transportation.

“This plan is more ambitious than anything we have seen from Democratic leadership so far, but it still needs to go further to match the full scale of the crisis,″ said Lauren Maunus, the group’s legislative manager.

“There’s nothing to lose by going bigger,″ Maunus said. “Taking action at the scale of the crisis will help lift our economy out of recession and put millions of people back to work building a more just and resilient society.″

In a sign of the changed political environment, the Democratic plan heavily emphasizes environmental justice and notes that the report’s release comes as the nation is reeling from a cascade of crises, including the COVID-19 pandemic. which has killed more than 120,000 Americans; stay-at-home orders and business closures that have put 40 million Americans out of work; and nationwide protests in response to the police killing of an unarmed Black man, George Floyd.

Throughout these crises, Trump has “failed to lead the country in a unified and compassionate response, instead choosing to fan the flames of discord and distrust,″ the report said.

Cornell University climate scientist Natalie Mahowald, lead author of a 2018 report on climate change for the United Nations, said the House committee’s report got the science correct. “If you want to keep temperatures low, we need to act quickly. The emission cuts required are really quite dramatic, as they say here,” Mahowald said in an email.

Pennsylvania State University climate scientist Michael Mann called the report “an excellent starting point” that offers a sensible mix of subsidies for renewable energy and a price on carbon emissions.

The report was released as the Trump administration pushed a plan to spur the production of fossil fuels even higher. In a 56-page report that did not mention the word “climate,″ the Energy Department on Tuesday urged building up four Appalachian states as a petrochemical production and manufacturing hub while delaying market-driven retirements of the region’s coal plants. The four targeted states — Pennsylvania, Ohio, West Virginia, and Kentucky — are the heart of Appalachian energy production. Pennsylvania is a key battleground in the 2020 election, and recent polls show Biden narrowly leading Trump in Ohio.

Trump has mocked the science of climate change, and his administration has dismantled Obama-era initiatives to cut greenhouse gas emissions while throwing a series of financial and regulatory breaks to the coal, oil, and gas sectors. 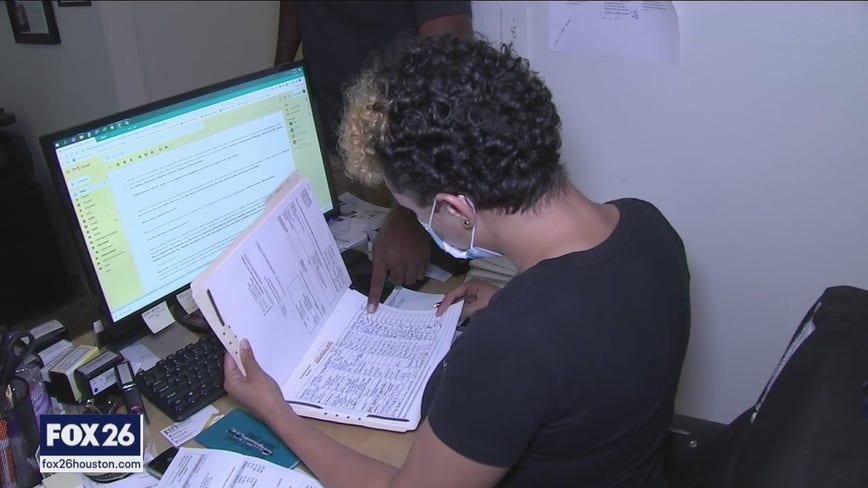 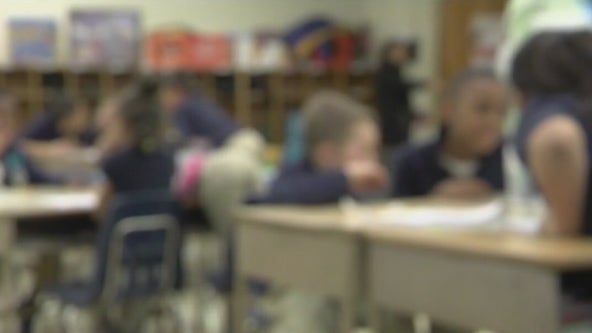