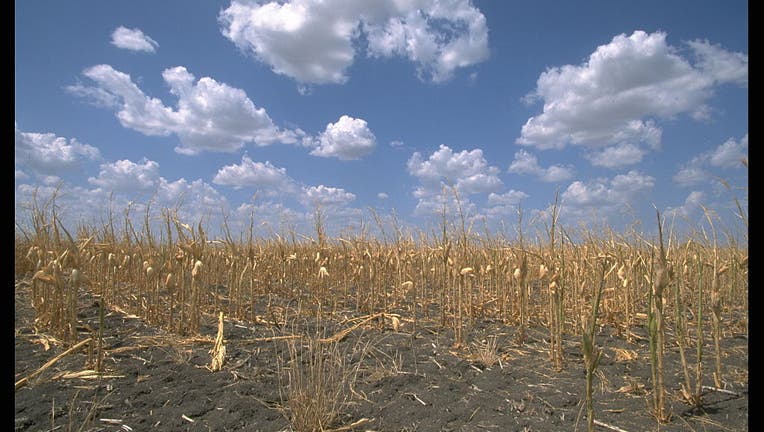 The U.S. Drought Monitor is a weekly map released on Thursdays that shows which areas of America are currently in drought using four classifications of severity.

It is jointly produced by the National Drought Mitigation Center at the University of Nebraska-Lincoln, the United States Department of Agriculture and NOAA.

The data used in the U.S. Drought Monitor are cut off at 8 a.m. EST every Tuesday. The maps, which are based on an analysis of that data, are then released at 8:30 a.m. EST each Thursday.

An example of the U.S. Drought Monitor is shown below. 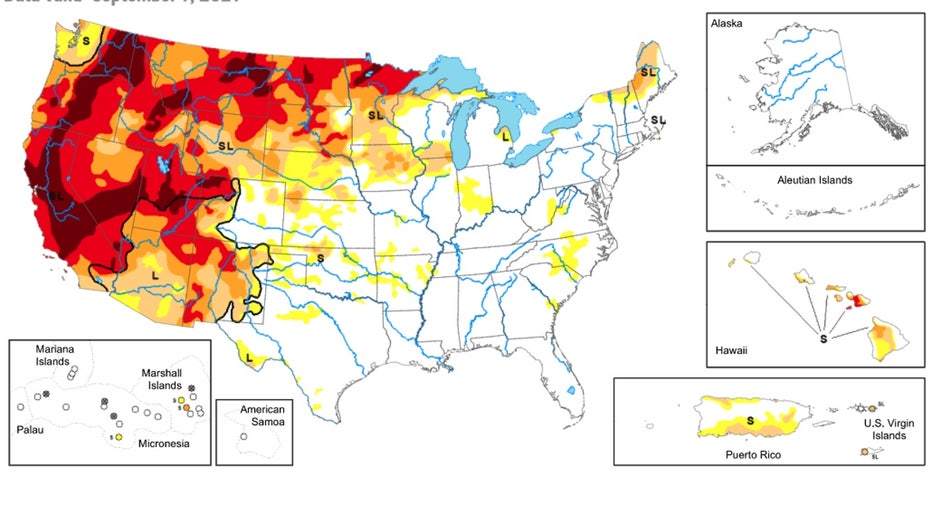 Shown above is an example of the U.S. Drought Monitor released Sept. 9, 2021. (National Drought Mitigation Center, USDA and NOAA)

The map identifies areas of drought and labels them using four classifications of severity. D1 is the least intense level of drought while D4 the most intense. Drought is defined as a soil-moisture deficit significant enough to have social, environmental or economic effects.

More than 450 expert observers around the United States provide reports of local conditions and impacts in their areas. These reports are used to assist the NDMC, USDA and NOAA with the creation of the drought maps each week.

You can stay up-to-date on weather conditions 24 hours a day by downloading the free FOX 26 weather app. You'll receive weather alerts for your location, along with video weather updates.

The U.S. Drought Monitor also denotes whether the primary physical effects are for short- or long-term drought, denoted on the map by "S," "L" or "SL."

"Drought is a slow-moving hazard, so you can be certain that an area will still be in drought if it doesn’t get rain," the NDMC noted on its website. "But it also may take more than one good rainfall to end a drought, especially if an area has been in drought for a long time."

It’s important to understand that the U.S. Drought Monitor is not a forecast. Instead, it’s a weekly assessment of drought conditions based on how much precipitation has fallen (or not fallen) over the previous seven days ending at 8 a.m. Eastern daylight time on Tuesday. That gives the analysts two days to produce the map before it’s released Thursday morning.

Since the data cutoff time is Tuesday morning, any heavy rain that falls over a drought area on a Wednesday would not be factored into the U.S. Drought Monitor until the following week’s update.