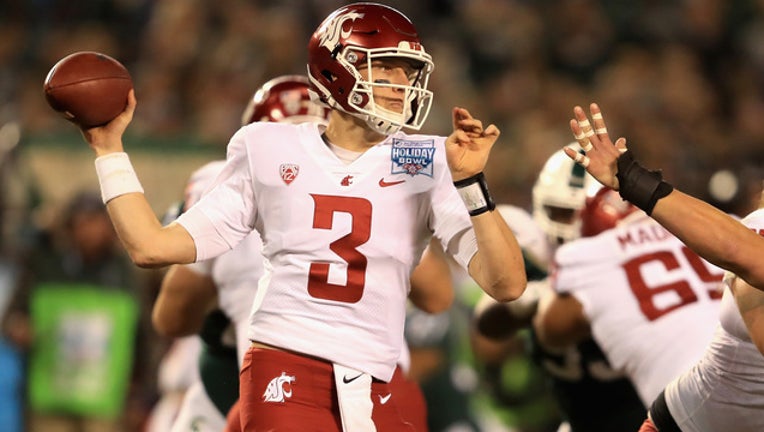 Tyler Hilinski of the Washington State Cougars passes the ball against the Michigan State Spartans during the first half of the SDCCU Holiday Bowl at SDCCU Stadium on December 28, 2017 in San Diego, California. (Photo by Sean M. Haffey/Getty Images)

The 21-year-old Hilinski was discovered in his apartment after he didn't show up for practice Tuesday. The Pullman Police Department says a rifle "was recovered next to Hilinski and a suicide note was found."

Hilinski just completed his sophomore season and was the presumptive starting quarterback going into next season. Hilinski started Washington State's Holiday Bowl loss to Michigan State after Luke Falk was unable to play due to a wrist injury.

Washington State president Kirk Schulz tweeted, "Our thoughts and prayers are with the Hilinski family."