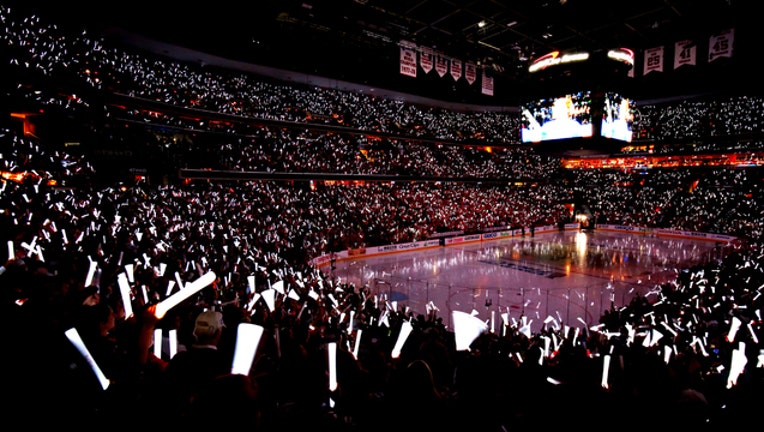 Fans wave their lights prior to Game Four of the 2018 NHL Stanley Cup Final between the Washington Capitals and the Vegas Golden Knights at Capital One Arena on June 4, 2018 in Washington, DC. (Photo by Avi Gerver/Getty Images)

WASHINGTON - A Washington Capitals fan opened their heart and checkbook to help the victims of the tragic synagogue shooting in Pennsylvania.

The Capitals announced the winner of the $19,000 jackpot for the 50/50 raffle at Wednesday’s game against the Pittsburgh Penguins decided to donate the funds to the Jewish Federation of Greater Pittsburgh to benefit the victims of the Tree of Life Synagogue shooting in Squirrel Hill, Pennsylvania.

The team announced before the game that the half the winnings would go to the organization, so the Jewish Federation of Greater Pittsburgh is set to receive more than $38,000.

No details were released about the winner, who was only identified as a season ticket holder.