PITTSBURGH (AP) - Taze Moore scored 21 points, Jamal Shead added 18 and Houston, a Final Four team last season, advanced to the Sweet 16 of the NCAA Tournament with a 68-53 win Sunday over Illinois, ousted in the opening weekend for the second straight year.

The fifth-seeded Cougars (31-5), who lost their two best players to season-ending injuries, are headed home to Texas for the next round, which will be in San Antonio, about a three-hour drive from Houston. 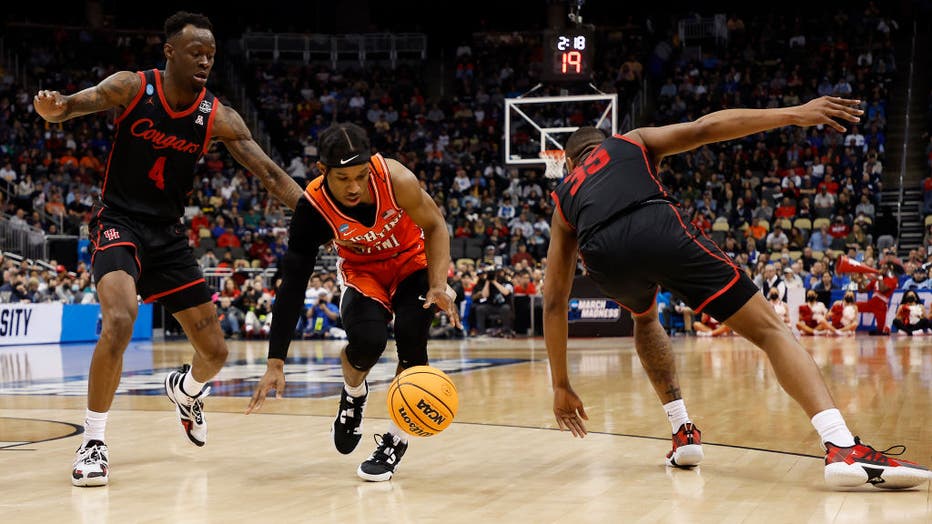 PITTSBURGH, PENNSYLVANIA - MARCH 20: Trent Frazier #1 of the Illinois Fighting Illini, Taze Moore #4 and Fabian White Jr. #35 of the Houston Cougars chase a loose ball in the second half of the game during the second round of the 2022 NCAA Men's Bask

With Houston’s fans chanting "Sweet 16, Sweet 16" in the final seconds, Edwards dropped one last 3-pointer and seconds later lifted Moore, another of Houston’s transfers, off the floor.

For Illinois, it’s another year of deep disappointment. The fourth-seeded Fighting Illini (23-10) were determined to go farther after being bumped by Loyola Chicago last year, but couldn’t get past the second round again.

All-American center Kofi Cockburn did his part, scoring 19 in 38 minutes to lead Illinois. The big man spurned the NBA last year for a shot at some tournament redemption, only to come up short in what was likely his last college game.

Down by 12 in the first half, Illinois battled back and was within 56-49 after Alfonso Plummer’s four-point play.

But after Shead hit a floater, Houston’s Fabian White Jr. made the play of the game by racing into the backcourt and swatting the ball before it went out of bounds with his left hand to Moore for a layup. 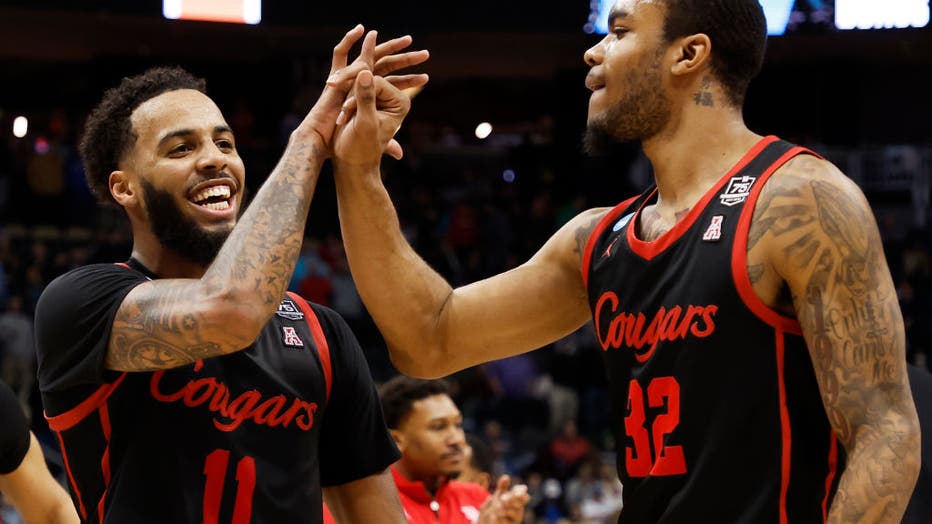 PITTSBURGH, PENNSYLVANIA - MARCH 20: Kyler Edwards #11 and Reggie Chaney #32 of the Houston Cougars celebrate after defeating the Illinois Fighting Illini 68-53 during the second round of the 2022 NCAA Men's Basketball Tournament at PPG PAINTS Arena

It’s been that kind of season for the Cougars, who lost Marcus Sasser and Tramon Mark — two mainstays from last year’s semifinal team — but are one of 16 teams still alive for a national title,

Both teams were tight in the early going, and the intense pressure seemed to squeeze the rims a little tighter, too.

Unlike Friday’s game, when Houston started six of seven on 3-pointers to startle UAB, the Cougars were off the mark — in some cases, way off. Illinois was even worse, starting 1 of 9 on 3s. 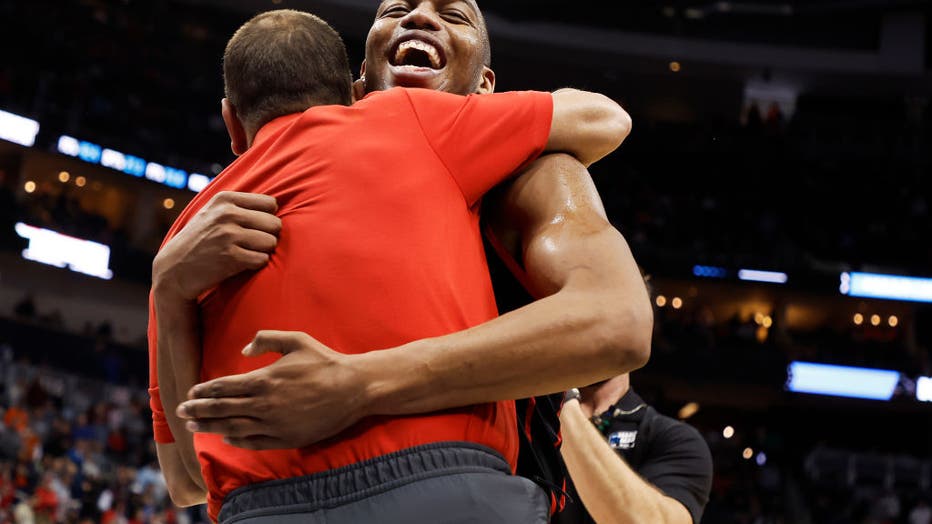 PITTSBURGH, PENNSYLVANIA - MARCH 20: Head coach Kelvin Sampson of the Houston Cougars celebrates with a player after defeating the Illinois Fighting Illini 68-53 during the second round of the 2022 NCAA Men's Basketball Tournament at PPG PAINTS Arena

The bigger issue, though, was the Illini couldn’t figure out how to get the ball inside to Cockburn, who had two and three Houston players swarming on him whenever he got a touch. On one of the rare occasions the 7-footer got it cleanly, Josh Carlton grabbed his arms and was called for a Flagrant 1 foul.

Houston opened a 12-point lead, and Illinois was reeling.

That’s when coach Brad Underwood turned to freshman reserve Luke Goode, who came off the bench and made a pair of 3-pointers.

Trent Frazier’s nailed a 3 at the horn to pull the Illini within 30-26 at half.