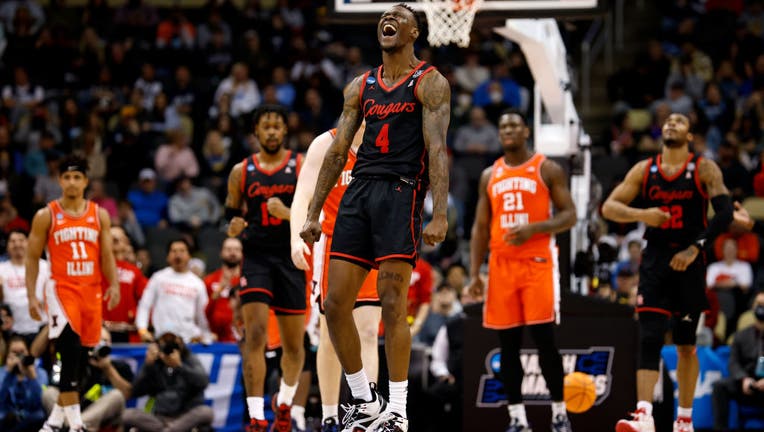 Taze Moore #4 of the Houston Cougars reacts after drawing a foul during the game against the Illinois Fighting Illini during the second round of the 2022 NCAA Men's Basketball Tournament at PPG PAINTS Arena on March 20, 2022 in Pittsburgh, Pennsylvan

SAN ANTONIO, Texas - Tonight we find out if the Coogs will make the Elite 8 again.

No. 5 seed Houston is down I-10 in San Antonio facing top seed Arizona in the NCAA Tournament's Sweet 16.

The University of Houston put out an excuse from work letter for fans who want to watch tonight's game, signed by the school mascot as ‘Dr. Shasta.’ 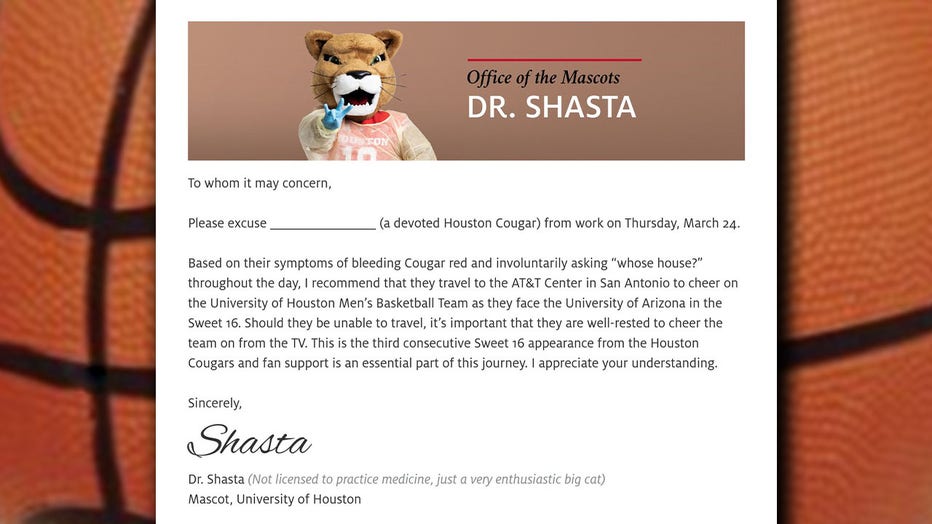 "Based on their symptoms of bleeding Cougar red and involuntarily asking "whose house?" throughout the day, I recommend that they travel to the AT&T Center in San Antonio to cheer on the University of Houston Men's Basketball Team as they face the University of Arizona in the Sweet 16," the letter reads. "Should they be unable to travel, it's important that they are well-rested to cheer the team on from the TV."

This is the third consecutive time the Coogs make it to the Sweet 16. Houston, which leads all Division I teams in field-goal percentage defense, has been advancing through March Madness despite a plight of injuries.

Meanwhile, the Wildcats, who lead the tournament with 19.8 assists per game, clawed their way out of the second round after going overtime against TCU.