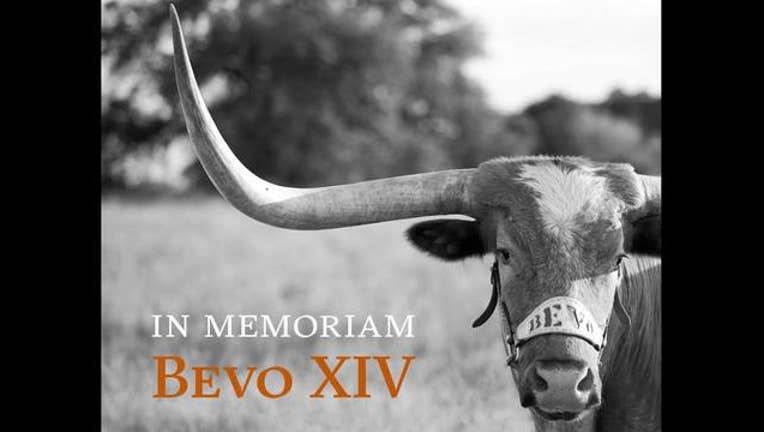 AUSTIN, Texas (AP) — The University of Texas says its longhorn steer mascot has died after recently being diagnosed with cancer.

Bevo XIV died Friday in his sleep at the ranch where he lived. He had been retired last week after his diagnosis.

The school said a search for Bevo XV will begin immediately and should be in place for the 2016 football season, which would be the 100th anniversary of the mascot being on the football sideline.

Bevo XIV had served as the school mascot since the age of 2 in 2004 and was on the football sideline for two Rose Bowl victories, including the January 2006 national championship game.

He also attended the second inauguration of President George W. Bush in January 2005.