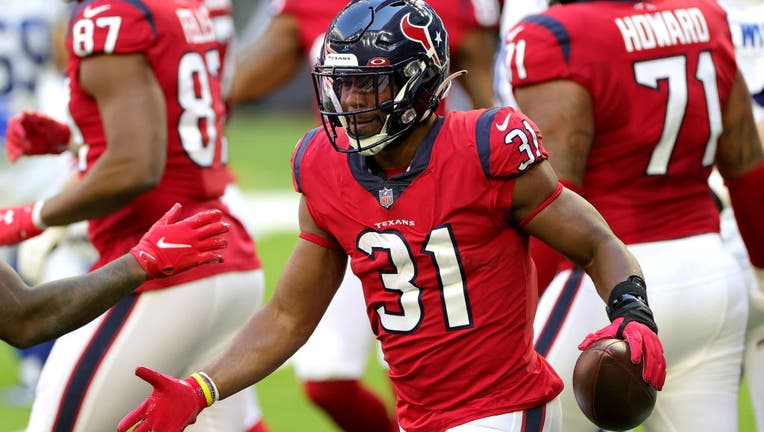 HOUSTON, TEXAS - DECEMBER 06: David Johnson #31 of the Houston Texans celebrates after scoring a six-yard rushing touchdown against the Indianapolis Colts during the first half at NRG Stadium on December 06, 2020 in Houston, Texas. (Photo by Carmen M

HOUSTON - The Houston Texans have placed running back David Johnson on the reserve/COVID-19 list.

"So he had to deal with that," Crennel said. "We'll see how he's done with that."

Johnson has had a difficult time in his first season in Houston since being traded from Arizona for DeAndre Hopkins. The 28-year-old has just 452 yards rushing this season in a year where the Texans rank last in the NFL, averaging 84.4 yards rushing a game.

Johnson missed three games after suffering a concussion on Nov. 8 before returning last week in a loss to the Colts. He had 10 carries for 44 yards and a touchdown in that game.