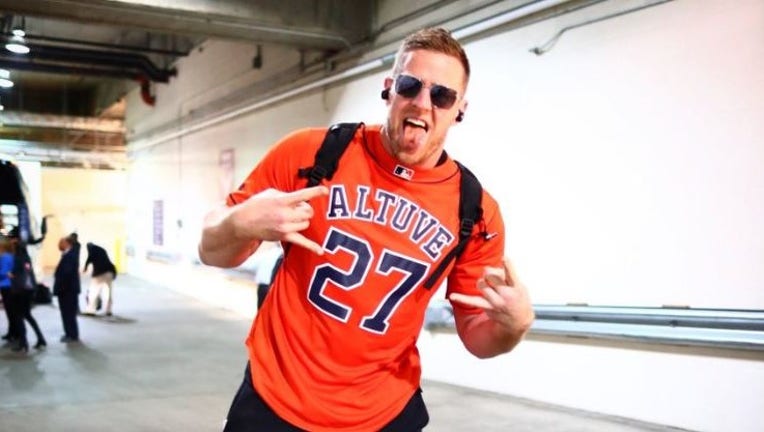 HOUSTON - Are you ready for the Astros to “take it back”?

The entire Bayou City is rooting for the Astros, including some of our favorite Texans players.

Even J.J. Watt is showing major support to the Astros as they prepare to dominate the World Series.

In a picture he posted on Twitter on Sunday, Watt was representing the ‘Stros, wearing an Altuve jersey.

The Astros are on their way to the World Series for the second time in three seasons after defeating the Yankees in Game 6 of the ALCS.