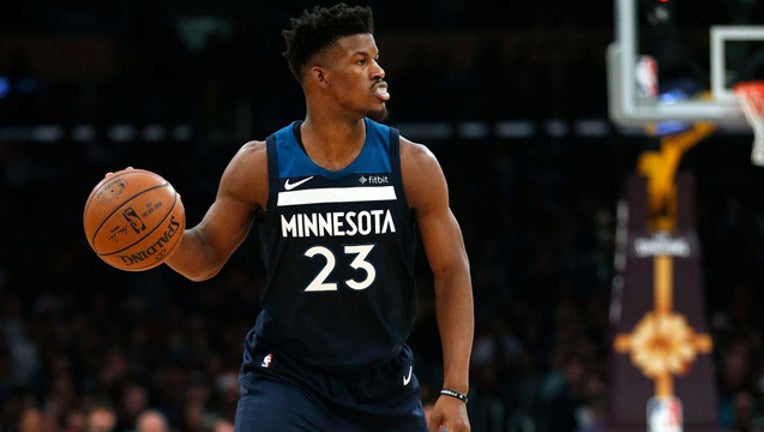 Jimmy Butler #23 of the Minnesota Timberwolves handles the ball during the first half of the game against the Los Angeles Lakers at the Staples Center on December 25, 2017 in Los Angeles, California. (Photo by Josh Lefkowitz/Getty Images)

HOUSTON (FOX 26) - NBA sources confirm that the Houston Rockets are making a strong effort to land Jimmy Butler in a trade with the Minnesota Timberwolves as reported by FOX 26 Sports.

Guard-forward Butler, who graduated from Tomball High School, has requested to be traded to another team.

Butler, 29, has averaged 16.4 points per game, 4.9 rebounds per game and a 33.9 three-point shooting percentage over his seven seasons in the NBA, the first six with the Chicago Bulls. He is a four-time All-Star and was to the All-NBA third team over the last two seasons.