TOKYO - Simone Biles revealed Tuesday she was dealing with a family tragedy amid trying to get her mental health in order on the global stage of the Tokyo Olympics.

Biles, after winning the bronze medal in the balance beam event, told reporters those watching Olympians from home don’t know what they’re going through.

"At the end of the day, people don't understand what we are going through," Biles said, via Olympics.com. "Two days ago, I woke up and my aunt unexpectedly passed, and it wasn't any easier being here at the Olympic Games."

The death of her aunt was put on top of the mental gymnastics she was going through. She withdrew from the team all-around final and later two other individual competitions. She said she was dealing with the "twisties" and was struggling with spatial awareness on her dismounts. 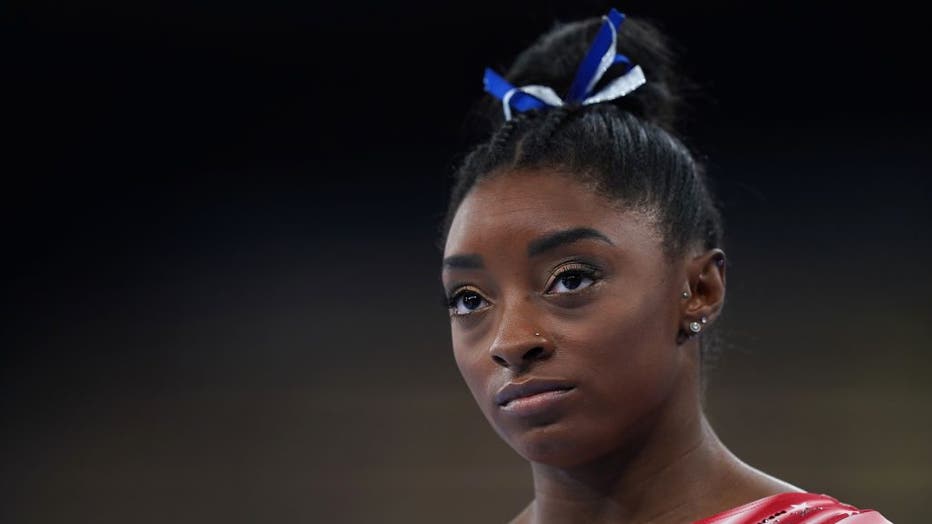 "Definitely bringing a light to the conversation of mental health, it's something that people go through a lot that is kind of pushed under the rug," she said. "I feel like we're not just entertainment, we're humans, as well, and we have feelings."

Biles told NBC’s "Today" the bronze medal – her seventh Olympic medal – meant more than the gold medals she won in 2016.

"It means more than all the golds because I've pushed through so much the last five years and the last week while I've even been here. It was very emotional, and I'm just proud of myself and just all of these girls, as well," Biles said.

"I didn't really care about the outcome. I was just happy that I made the routine and that I got to compete one more time."