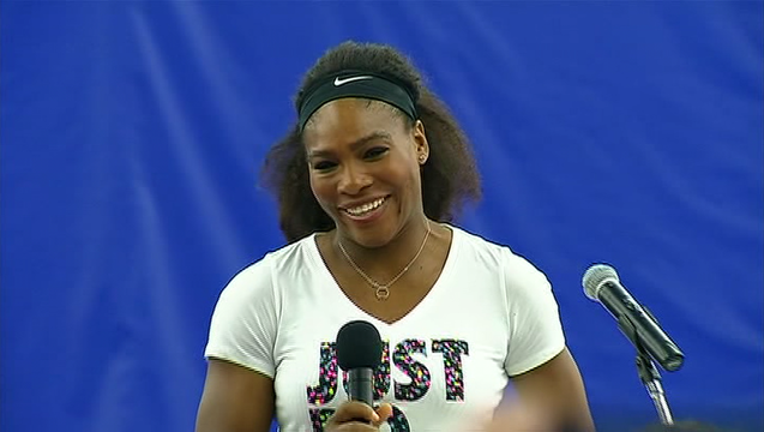 The tennis star, 35, shared a picture of her growing baby bump on Snapchat with the caption "20 weeks."

Williams and her Reddit co-founder fiance, 33, announced their engagement in December.