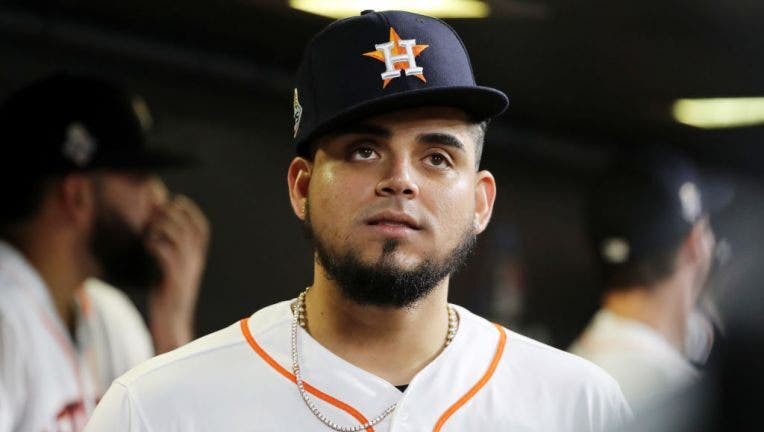 Astros reliever Roberto Osuna, who suffered a right arm injury Aug. 1 that ended his season, is thrilled to see his team advance to the American League Division Series.

“I’m very proud of these guys,” Osuna said in an interview with FOX 26 Sports. “It’s been a tough year for them and I’m so happy for them to go to Minnesota, sweep them and move on to the next round.

“I have been watching every game. I support them all the way. I do FaceTime with everybody almost every day. I just hung up the phone with Alex Bregman and Carlos Correa. I’m so happy they’re doing well.”

Osuna is very impressed with the Astros young pitchers.

“They’re definitely doing some special things,” Osuna said. “Our bullpen went through a lot of ups and downs. We have a lot of guys who are hurt, including myself.

“They are a big reason we are in the postseason.”

Osuna acknowledged it was recommended he undergo Tommy John surgery when he received the initial diagnosis for his arm injury.

However, after he went for a second opinion Osuna said he received a different conclusion.

“Which it was a strain in my forearm, so I had to shut it down for four weeks,” Osuna said. “I started playing catch about three weeks ago and I’ve been feeling much better.

“So at this point right now, we don’t believe we’re going to need surgery, which is good. Hopefully, it stays this way and continues to get better and better.”

Osuna, who has one year of arbitration left, says the Astros organization means the world to him.

“This group of guys, going back to 2018, welcomed me with open arms,” Osuna said. "They always treat me right. These guys are special to me.

“I have a lot of respect for every single one of them. This is such a great organization, that I’m always going to be thankful to them for having me here.

“Something that I want the fans to know is those guys play for Houston. Those guys want to win for Houston. You don’t find those types of guys every day. You need to be grateful for what Houston has in these guys.”

Osuna is beaming with pride that one of his younger brothers, Alex, is in the process of signing with the Texas Rangers organization.

“He was looking to sign back in March, but because of COVID, it didn’t happen. I’m happy for him.”